The Best of the Morning Sickness – The one with St. Paddy’s Day!

We also talked about Wolfgang Van Halen’s response to the Grammy’s “tribute” to his late father.

Lotta three-ways with Shaw and plenty of “Bad News with Happy Music”, plus, a rebrand for “Good News with………..SLAYER!”

We talked about a couple that tried to fix their relationship problems by handcuffing themselves to each other.

And we found out that men are willing to do just about anything for a woman with stiff nipples.

There’s a new way to get out of your Zoom meetings, so you might want to check that out!

Plus, some unwritten rules that everyone should know, some symptoms that could just be signs you’re dehydrated.

There was also a great story about a brewery that brewed a beer out of spite!

We also spoke to Kayha Fox from Habitat for Humanity about their “Cash for Heroes” campaign, and we gave you a list of “Three things to do in & around La Crosse this weekend“ 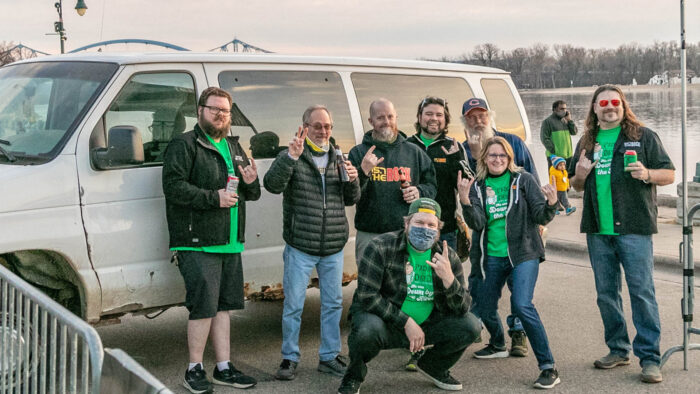