A Trip to the United Center

My wife is awesome. My 40th birthday present was a trip to the United Center to see the Blackhawks vs Wild game on Feb 2nd. My Blackhawks lost, which would have been better had they at least scored a single goal. But I had a blast regardless.
I should also mention that it happened during a huge snowstorm, so I had to drive through that with some of the craziest drivers in the country. I still wouldn’t have spent my birthday any other way.

Here’s a few snaps of the trip. 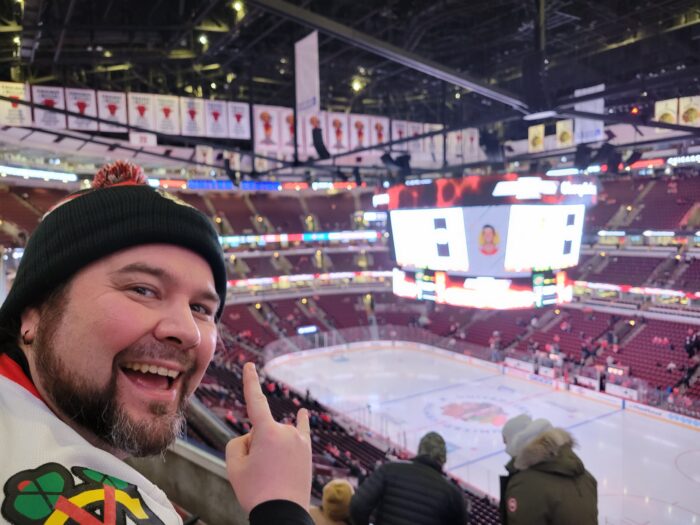