The One And Only

The quintessential anti-rockstar who became a rock icon. Ian Fraser Kilmister. Lemmy. The One And Only.

In a time when rock was full of pretty boys wearing make up, some ugly dude and his friends from England were cranking out 2 minute blistering songs about booze, women, parties, and even anti-establishment. And Lemmy somehow became GOD. It didn’t make sense. But it worked.

They looked and sounded like no one else at the time. And I loved it.

This was the first song I ever heard by Motorhead, and there after, I was hungry for more. Back then, you had Radio, MTV, and whatever you could find in a record store. Thanks to Wally Pickal, I discovered their staple song and album Ace of Spades in 1986. It was released in 1980, and was covered in dust… but I bought it. and LOVED IT. Been hooked ever since.

For most people, ‘Ace of Spades’ might be the one and only song they know by Motorhead. And that’s OK. They ALL know Lemmy. It’s still a mystery how he became soooo famous with (technically) only one hit song over his 40 year career.

But then when you think about it… everyone who ever saw him play. Everyone who ever had the opportunity to meet him. Every musician who ever shared a stage (or a drink) with him, all said the same thing. He’s one of the best people on the planet. Lemmy is God.

The one and only. And there will never be anyone else like him ever again. Rock Out. 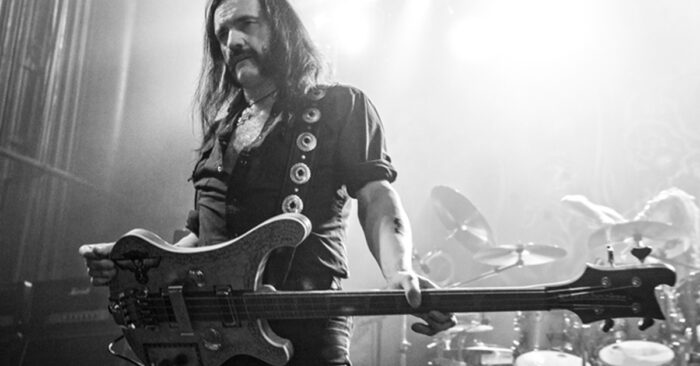