The most popular Thanksgiving side dish

If I show up at your Thanksgiving and you’ve got some whack-ass stuffing with artichokes and raisins in it, I’ll NEVER let you forget how awful it was.

Just ask Jean. When I moved here in 2003, I only knew about three people…but she was kind enough to invite me to her house for Thanksgiving dinner and I’m assuming the food was good, but the only thing I can remember about that day was Henry in his high chair, making a mess….and the awful excuse for stuffing she served me. It had artichoke hearts and grains and all sorts of weird shit.

Stuffing should be wet bread with some finely-diced carrots, celery & onions, with an array of spices.

I’ve also fallen in love with my wife’s cousin’s crock-pot mac-n-cheese over the years. It’s definitely one of the side dishes I truly look forward to every year at Thanksgiving.

One thing I’m not a fan of is mashed potatoes. I must be the worst Irish man ever, because plain-ass mashed taters do absolutely nothing for me. Now, if you add some roasted garlic to them, I’m in. But I’d rather eat more stuffing.

According to a look at Google Trends data, I’m in the minority here, as “mashed potatoes” are the #1 Thanksgiving side dish in NINE states, including Illinois.

Baked potatoes(which I don’t consider a traditional Thanksgiving side dish) were #1 in three states, including the state of Wisconsin.

Next up were other variations of potato dishes like “hashbrown casserole” & “sweet potato casserole”. And Delaware should be sold to France for prefering “cauliflower mashed potatoes” as their favorite side dish.

Rolls showed up as the favorite in four states, including Florida, Michigan, Utah & West Virginia.

And my good friend, stuffing, was #1 in three states: Pennsylvania, Maine, and my home state of New Hampshire!!!! REPRESENT!

There’s some really weird shit on this list, too. Things I would NEVER consider a “side dish” and some things I certainly wouldn’t put high on a list of my favorites.

How about “white gravy” in Arkansas? How specific and odd.

Idaho loves a “side salad” on turkey day. Remind me to NEVER go to Idaho. Isn’t that the potato state?

Check out the rest of the info on this study of some Google Trends data here. 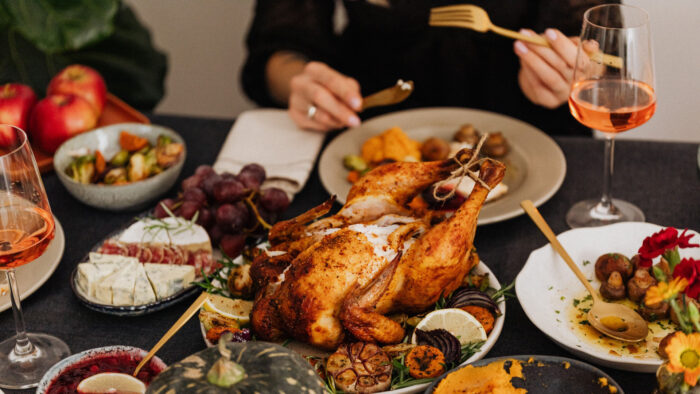