Which Wisconsin Pro Sports Team Will Win a Championship?

This is an interesting time to ask this question. Because at current moment, it could be any of them, all of them, or none of them. All 3 of our major sports teams are in a good position to win a title, but history has shown me that it doesn’t always work out that way. So let’s take a look at our 3 teams and discuss the pros and cons to them winning the big one.

Speaking in terms of the calendar, the Packers will have the next shot at a title, and are well on their way of making it to the dance. But there are problems.
The team is playing well, but are very beaten up. We’ve faced heavy casualties on both the offense and defense. It’s almost been like injury “whack-a-mole”, as when someone important heals up, someone else goes down. It’s been frustrating.
An even bigger problem is, it appears the Packers championship hopes are “now or never”. Well, maybe not “never”, but certainly not for a while. All logical roads point to this being the final year for Aaron Rodgers in Green Bay. So if it doesn’t happen this year, and he leaves, don’t expect to see a championship caliber Green Bay team for a while.
But if the team can heal up and face no further key injuries come playoff time, the Lombardi Trophy could very well be coming home to Lambeau.

Like many of you, I chanted “BUCKS IN SIX” more than I chanted anything else this summer. But will we be chanting it again?
Well, we very well could. But right now, it’s not looking great. We pretty much have the same team together, so all of the pieces are there. They’re just not coming together at this point. At the writing of this article, they are 6-8. Not exactly the start you wanna see from the defending NBA Champs.
Is it a hangover? Have other teams just figured us out? It’s hard to say, and much too early to try. There is A LOT of season left to be played, and it’s far to early to raise the alarm. But if they’re still playing this way in a month or two, we’ll have to discuss some serious problems. For now we’ll wait.
The bottom line for the Bucks is, as long as we have Giannis, we’re a threat to make something big happen. Let’s just hope they get their act together and bring home another title.

The Brewer’s season this year piddled out in disappointing fashion. After being the most dominant team during the regular season, they left the playoffs in the first round to the eventual World Series winner, the Atlanta Braves.
But there are some things to look forward to. The Crew are a young team, and the vast majority of our key players from last year are still going to be around for this coming season. But that doesn’t mean they’re without flaws.
Chief amongst those flaws is the hitting. It wasn’t particularly good in 2021, but it was good enough to let the phenomenal pitching string wins together. The bats unfortunately went stone cold in the playoffs, which was the cause of their demise. The pitching looks to remain great, but without support from the offense, the results next season will be the same.
Another problem seems to revolve around our guy, Christian Yelich. He didn’t play very well in 2020, but we all chalked that up to the shortened Covid season, and all of the weirdness that brought. But then his underwhelming play in 2021 seemingly proved that perhaps his poor play in 2020 wasn’t a fluke. If his poor play continues this coming season, I’ll have to advocate we move on from Yelich. I hate saying it, because I love the guy. But I love the Brewers more, and I can’t sacrifice my team for a guy who played incredibly for 2 seasons, and then fizzled out like a cheap firecracker.

So who do you think has the best chance of winning a title? Any of them? All of them? I’d love to hear it. 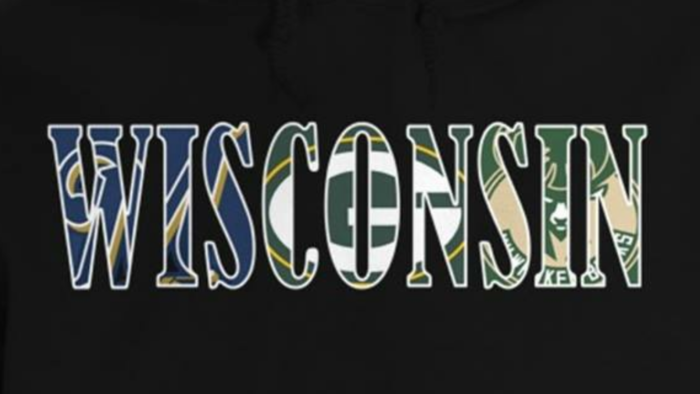