Every year around this time, we hear the same things. Aaron Rodgers this, Aaron Rodgers that. He’s leaving. He’s staying. He’s gonna be traded to (insert team here). He’s beefing with (insert player here). You’d think after all this time, we’d learn to cut out the static. Let this be the year.

Now the rumor mill is spinning nonsense about how Rodgers may not stay the duration of his current contract. This is like, the 8th time we’ve heard this one, but people still fall for it.

Aaron Rodgers is the Schrodinger’s Cat of the NFL. What I mean when I say that is, anything and everything about him can simultaneously be considered equally true or false until you get to the finish line and find out what the real deal is.
Honestly, you think us Packer fans would be used to this sort of thing after years of dealing with Favre doing practically the same thing. Perhaps not as dramatic, but generally the same idea.

Bottom line, whenever you see Rodgers’ name, unless it’s giving off game statistics, take everything you hear and see with a grain of salt. Even if it comes from him directly, because he’s gone back on his own words in some fashion several times.

Just sit back, enjoy the season, and cheer us on as we make the playoffs and inevitably get taken out of the playoffs in the 2nd round by San Fransisco. 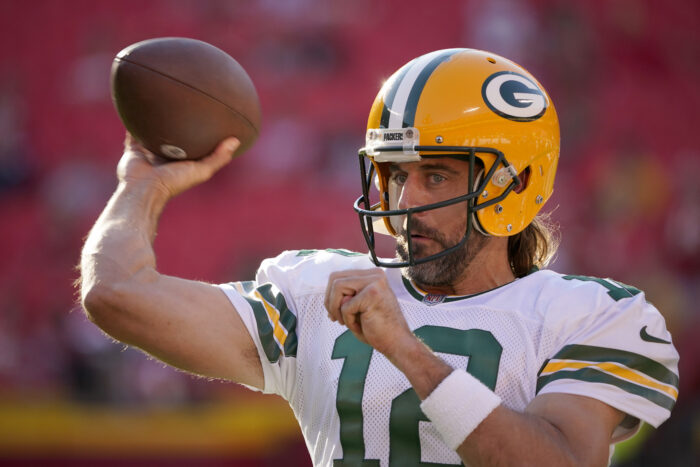