The Lord of the Rings: Rings of Power recently made its debut on Amazon Prime, to some fairly harsh criticism, I might add. But this was a series I had looked forward to, and I never let negative criticism spoil my interest in a show before I’ve seen it. After all, I was told that Star Wars: The Force Awakens was “THE WORST MOVIE OF ALL TIME!!!” Guess what? I enjoyed it. Haters always have a way of exaggerating things.

That said, after watching the first 2 episodes released, some of the negativity is deserved. I just think it to be foolish to completely lose your mind ripping on a show that’s 2 episodes in.

So what’s good and bad about the show so far? Here’s a basic, spoiler free rundown.

I always like to start with the bad, in the interest of ending on a high note.
The bad is quite simple. It’s boring. There is a TON of exposition, which is perfectly fine for a new show. After all, the show has to teach you about itself and what’s about to happen, and this sort of exposition is common early on. But there’s usually more action involved to help get you interested. You’ll find very little of that in the first 2 episodes. Will that change? I sure hope so, and it better be by episode 3, for their own good.

Now let’s get to the good.
It’s undeniably beautiful. For the money they spent on the series, it had better be. The visuals are absolutely stunning to the point that it was sometimes the only thing that would hold my attention through the boring slog of the story thus far. While I spent a decent amount of the episode starring at my phone via lack of interest, I found myself constantly looking up after catching something out of the corner of my eye that was too vivid to ignore. I rather enjoyed that.
I also found myself particularly drawn to Elrond’s character. Which is weird, because I never took too much to that character in the past, despite him being played by the ever-amazing Hugo Weaving.

So is this series a flop as social media seems to indicate? I don’t think so. It’s impossible to call something like that only 2 episodes in. I think people are mad because they set extremely high expectations (which for this series, isn’t unreasonable) only to be let down by 2 hours of a slow crawl.
But it’s certainly got some things going for it beyond the beauty. And for that, I think it’s worth giving it a few more episodes to turn the ship around. 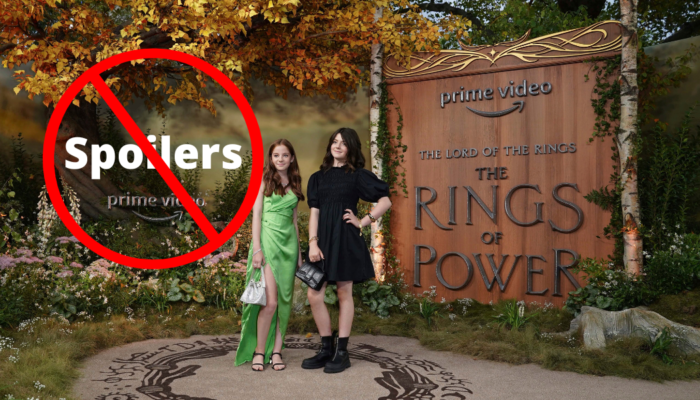