Took my son out for a little dude’s night out, cause hey, what 5 year old doesn’t like monster trucks?
The night featured tough truck racing, fighting robots, and of course, monster trucks. My son definitely had himself a blast, and he still won’t stop talking about it. So this appears to be something I’ll have to do with him more often. Not that that’s gonna be a problem. Monster trucks are awesome.

My son’s favorite part of the night?
Of course it was the transforming battle bots. You seriously don’t know what true happiness is until you’ve seen the face of a 5 year old watching 2 trucks transform into robots and shoot fireworks at each other. To him, that’s the coolest thing that exists on this earth. And you know what? It’s pretty high up there on the awesome scale.

My favorite part?
The 3 time world champion, Bear Foot was there. As a cool surprise, the original driver of USA-1 was there, and even did a brief interview explaining how his son came to be the driver for Bear Foot. Being someone who used to watch a lot of monster trucks as a kid, and having USA-1 being one of my favorite monster trucks, that was a pretty cool treat. It definitely brought me back to the days of sitting on my mom’s living room floor with a bowl of Trix and Monster Jam on the TV.

If you wanna check out the Monster Truck Nitro Tour in the future, they do make their way around quite a bit. You can check out their website here.

Here’s a few snaps I took while I was there. 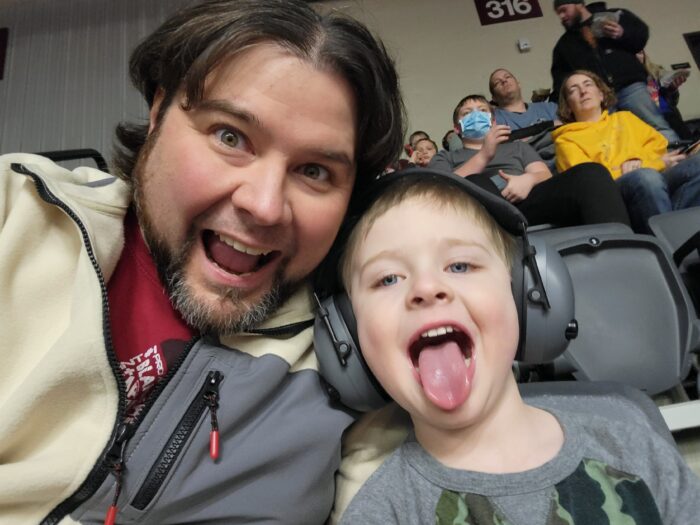