It’s been quite a while since I indulged in an extreme sports game. I used to be a huge fan of the Tony Hawk series back in the day, but I haven’t gotten too much into games like that for quite some time.
But I’ve heard a fair amount of hype around this game, Riders Republic, and decided to check into it. I’m really glad I gave it a look, because I bought it almost instantly.

If you used to love extreme sports games like Tony Hawk, Coolboarders, ATV Offroad Fury, or Dave Mirra BMX, then this game is for you. Basically, take all of those games, and mash them together into one, totally gnarly game. You get Riders Republic.

The map is HUGE. It has to be for what it is, because it’s basically one giant playground where literally hundreds of players can roam free and explore. You can search for collectibles, or just roam around looking for cool spots to pull of radical tricks.
You can also take part in several different races or stunt competitions. Team up with friends, or ride it all solo. This game is the epitome of what a “sandbox game” can be.

There are several different ways you can get extreme. There’s mountain bikes, snowboards, skis, wingsuits, and jetpacks. This game is in it for the long haul too, as they plan on continuously adding content. Snowmobile races and stunt tracks just came into the game, BMX racing is planned, and more cool stuff in the future to come.

So if you like extreme sports, this is the ultimate virtual playground. I very highly recommend it for how ambitious this game is. 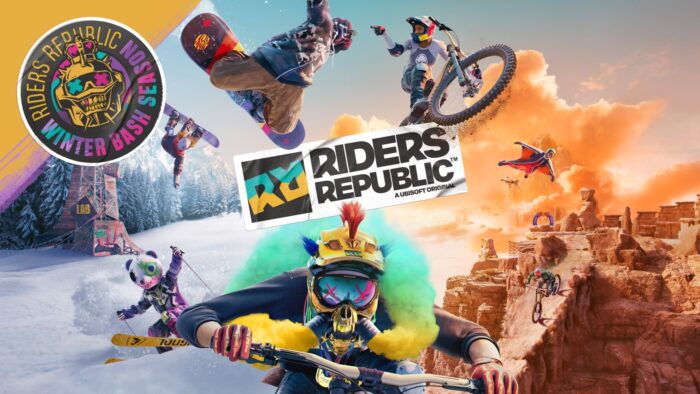