Why Spider-Man is my Favorite Superhero, and Why I’m Not Alone

There’s certainly no shortage of superheroes out there to love and hate. We all have a list a mile long of heroes we love more than others, but we all have one that stands out to us. Speaks to us. Someone we look at, and feel like we’re seeing ourselves. For me and many others, Spider-Man is that one.

It’s easy to love a superhero for their powers. After all, who wouldn’t wanna fly? While Spider-Man has some pretty awesome powers, where he wins us over is who he is as a person. While he’s among the most powerful superheroes, strip his powers, and he’s just some kid. A particularly smart kid. But a kid none the less.

Most superheroes are still something when you take away their powers. Take away the Hulk, and Bruce Banner is still a brilliant scientist. You can’t take away Thor’s powers, as he’s a literal God. But even if you could, he’s still royalty. Even Iron Man and Batman, who have no real superpowers, are still billionaire playboys when you take away all their gadgets.
But Spider-Man? Lose the powers, and he’s no different from any of us. An awkward kid bumbling through life just like the rest of us. And we wouldn’t have him any other way.

Even Stan Lee himself seemed to think so. In the PS4 game, Marvel’s Spider-Man. There’s an incredibly moving scene in which Stan Lee makes his obligatory and infamous cameo. He plays the restaurant owner that Peter and Mary Jane used to frequent when they were together. (Spoiler alert, they are broken up at the beginning of the game.) His character utters the phrase, “You always were my favorites.”
This wasn’t his character saying that Peter and Mary Jane were his favorite customers. This scene exists because that’s Stan Lee telling Spider-Man and Mary Jane that they were his favorite characters. He had a special connection to them.

Another interesting thing about Peter is, his superpowers are almost more of a burden on him then they enable him. His relationships, school, and work all suffer because of who he has to be behind the mask.
Most superheroes have a point in their lore in which they lose their powers. But Spider-Man is one of the few who have lost his powers on certain occasion, and has been happy about it. In several incarnations of his character, he unwillingly loses his abilities, and makes no effort to gain them back because he’s objectively happier without them. Of course, he eventually knows he needs to do the right thing, and gains them back. But he’s one of few to lose them, and be happier as a normal person.

Love him, or REALLY love him, the Spider-Man saga is about to write another chapter, and I couldn’t be more excited.

Wanna check it out for free? Thanks to our friends at Gaming Generations, we’re giving out tickets to see it on Thursday December 16th at Marcus Cinema right her in La Crosse.
All you need to do is be a 95.7 The Rock VIP.
Not a VIP? Sign up here. 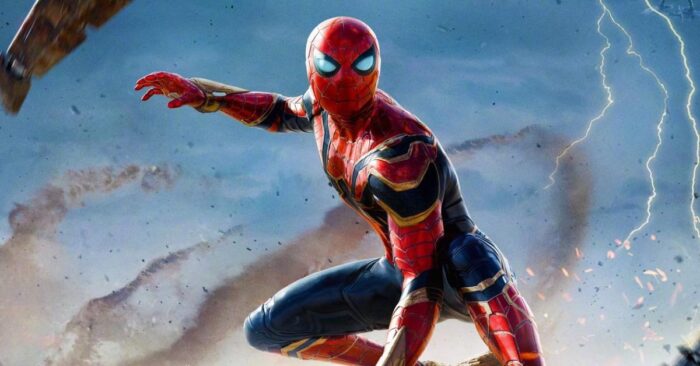