Some interesting facts about some of your favorite holiday movies.

Recently, news broke that Will Ferrell had turned down a $29 million offer to do a sequel to “Elf”.

And while I’m happy that they didn’t bastardize the original with a sub-par second version, I wish I was rich enough to turn down $29 million.

I mean, can you imagine being THAT rich?

As a movie lover and fan of the holiday genre, it’s an interesting little tidbit of info. And there’s plenty of stuff like that out there for many of your Christmas favs.

In the movie “Scrooged”, Bill Effing Murray (not surprisingly)improvised a lot of his lines in the film. He’s famously improvised lines in some of his biggest movies, including “Caddyshack” and “Kingpin”.

BFM was also in negotiations to play the lead in “Bad Santa”, but due to a scheduling conflict, the role went to Billy Bob Thornton.

And speaking of “Bad Santa”, in the Czech Republic, they don’t call it “Bad Santa”….it’s known as “Santa is a Pervert”. Which isn’t too far from the truth.

Did you know that Shaw’s favorite holiday classic, “It’s A Wonderful Life”, was sorta investigated by the FBI???

In 1947, the FBI issued a memo about the movie being a possible infiltration by Communists into the movie industry.

An unnamed FBI agent who watched the film “identified what they considered a malignant undercurrent in the film.” As a result of this report, the film underwent further industry probes that uncovered that “those responsible for making It’s a Wonderful Life had employed two common tricks used by Communists to inject propaganda into the film.”

Another must-watch at Christmastime is the original, animated version of “How the Grinch Stole Christmas”. Sure, you can watch the Jim Carrey version, or that 2018 version….but you absolutely, unquestionably MUST watch the original. It’s on the list.

In the Dr. Suess book, the Grinch is black and white with pink eyes.  It was animator/director Chuck Jones’ idea to make him green for the animated special. Supposedly he’d been inspired by an ugly green rental car he was driving at the time.

And speaking of the Grinch, did you know there was a (sorta)sequel/prequel? A Halloween sequel/prequel. Yeah….Eleven years later, “Halloween is Grinch Night” premiered on ABC on October 28, 1977. Boris Karloff, by then deceased, was replaced by Hans Conried, though Thurl Ravenscroft, who sang on the original special, again provided singing vocals.

My all-time favorite Christmas movie is “A Christmas Story”. Hands-down. However, I only watch it on Xmas eve/Xmas day….the 24 hours of Ralphie is pretty much the ONLY thing I watch during those 24 hours.

And we know about Ralphie and Randy….Scut Farkus, Flick, Schwartz, Miss Shields….but did you know that Ralphie’s mom & dad don’t have names in the movie?

Some people think Ralphie’s dad’s name is “Hal”, based on the conversation with Swede outside the house after he sets up the leg lamp, “Damn Hal, you say you won it?”

But a quick look at the film’s original screenplay confirms that Swede actually says, “Damn, hell, you say you won it?”

And last, but certainly not least, is the story of the old Rankin/Bass dolls from the original “Rudolph the Red-Nosed Reindeer” special.

You’d think that they’d be in the Smithsonian by now. But apparently, they were sorta lost for quite some time, until they resurfaced on Antiques Roadshow in 2006. The real bummer is that the dude said that his family had ALL the puppets/dolls, but only showed up with Santa & Rudolph.

They were fully restored after the show and switched hands a few times, and actually just sold for $368,000!!!! You can see them at the Center for Puppetry Arts in Georgia! 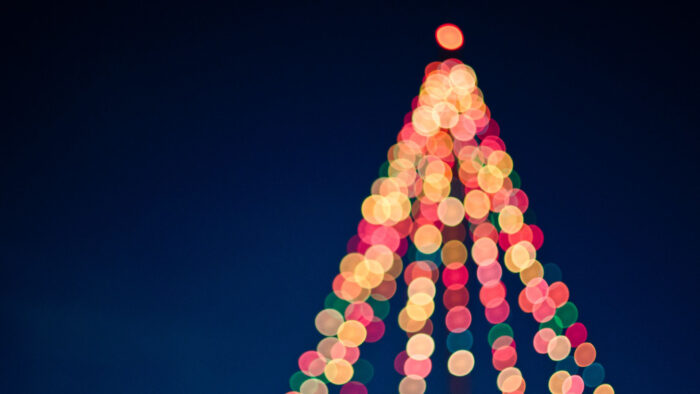