Three things to do in & around La Crosse this weekend – Oktoberfest edition!

In case you’ve been living in a cave for the last few months, OKTOBERFEST is back!

There’s a ton of stuff happening this weekend and you can find a full line-up of the events, bands & info online at OktoberfestUSA.com.

But here’s three things that I’m REALLY looking forward to over the next couple of days:

VIP gets you in early, free food from Big Al’s, private restrooms & LIMITED edition, specialty beers! Both the VIP & GA include your admission to all three days of the Fest!

Plus, you never know who you’ll run into at Craft Beer Night!

You can buy your tickets online here or get them at the Fest office today!

On Friday, I hope you join us as we once again broadcast the Morning Sickness LIVE from the State Room in downtown La Crosse starting at 6am!

Pregame with us for the tapping!

Of course, after our broadcast wraps up, we’ll be heading down to the grounds for the Tapping of the Golden Keg. This is my favorite part of Oktoberfest! From the crowd, to “Jump Around”, to Karl signing the German National Anthem….it’s hard to beat the tapping. I love the happiness in the air from everyone who’s down at the grounds, enjoying Fest & Gemütlichkeit!

After the Tapping, the wife & I usually head home to freshen up, feed the dogs, and then we head back down to the grounds for my best friend, Pat McCurdy!

This year, he plays on the main stage in the tent from 3-5:30 and I’m sure he’ll have his Festival pants on! And it’s the day after his birthday, aka “Pat McCurdy Day” in La Crosse thanks to the former Mayor of La Crosse.

Those are the things I’m most looking forward to this year, but there’s OBVIOUSLY a ton of other things happening this weekend at the Southside & Northside Festgrounds. You can find the full line-up here…and don’t forget about next weekend’s Motorrad! 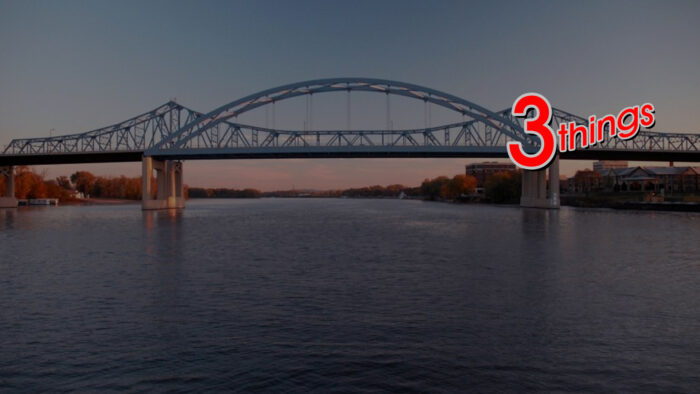