Would you buy a haunted house?

A few weeks ago, the wife & I watched a new Travel Channel “Shock Doc” dealing with the Amityville house.

We had already watched & enjoyed the one about Ed & Lorraine Warren, so we decided to give this one a try.

It was okay, but there were several things about it that I had issue with.

I enjoyed the documentary, but it did leave a lot of unanswered questions and holes in the story.

I think they found out about the murders in the house and that knowledge played tricks with their minds.

But, I do believe that a house can be haunted. Not necessarily ghosts or specters or demons or whatever. But I think a lingering feeling or emotion, especially something violent, can affect how you feel about living somewhere.

How could it not?

According to a recent survey, 38% of people say they’ve actually decided NOT to buy a house because of a superstition.

The most common reasons:

Gotta be honest, after seeing Poltergeist, I definitely don’t wanna live near a cemetery, either.

I could definitely see myself opting out of buying a home if something violent happened inside the house. Especially multiple murders.

What about you? Would you buy a “haunted house”??? 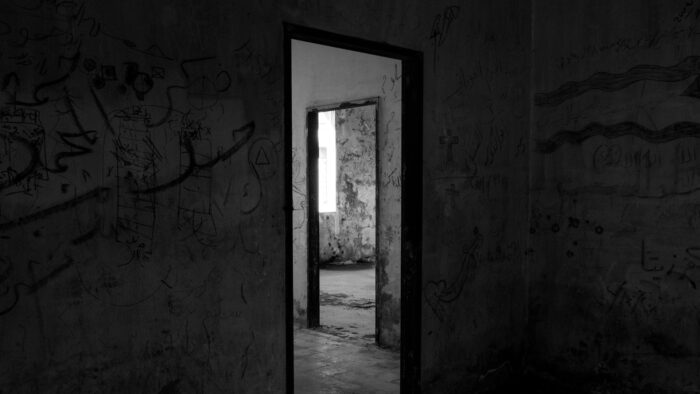