We Are In the Midst of a Wisconsin Stand-Off With No End in Sight!

Heavens what will happen!? What’s a Wisconsin stand-off? It’s when there is one food item or beer left and everyone is too nice to take it. Much like a Minnesota stand-off which occurs at 4-way stops and everyone insists the other car go before them even though it is very clear it is they’re own turn.

Usually when there’s food in the station it’s something homemade that can be divided almost infinitely until it’s one atom thick at which point someone throws it away. Best not split any atoms in the station, simple science there.

This is the rare occasion when the last item is something that cannot be split. Or can it? Technically if someone is brave enough, there isn’t anyone like that, and has a sharp enough knife, there isn’t one, they could slice that peanut buttery delicacy in half thus plunging the station into further disarray!

As of now it is 1:46 pm and the peanut butter half egg remains, untouched and without so much as a flip to see if there is anymore. Tension is high. Niceness level is higher. 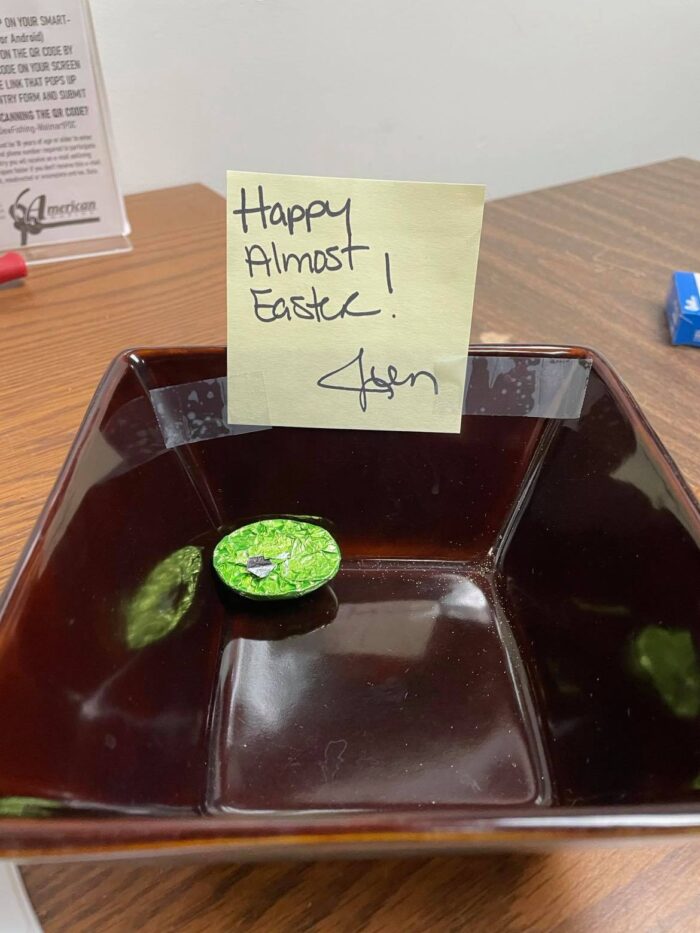