It’s Not a Station Wagon!

Ok, maybe it is but this thing has some serious scoot! Yes I had to trade in my beloved Larry to get it and yes it’s a station wagon but don’t let your preconceived notions of the Outback make this look like a bad car. I mean there’s a song about it, kind of. It’s about a Crosstrek but just listen to it.

Best line in the song is “I’m a number one draft pick with two bad knees.” That’s basically me except I was a backup and I never had a shot at making any league.

Back to the Subaru at hand. The first song I played in it was this. had to break the speakers in properly.

I’m sorry I didn’t know you wanted me to carry a new refrigerator to your house. I know Larry would’ve handled it like a champ but did I mention that the beautiful 2016 Subaru Outback has a trailer hitch and a 2,500 pound towing capacity? There’s also a retractable luggage rack on top. I keep it locked in it’s home so I don’t have the wind drag. I’m getting like 30mpg right now and I like that. Also the sound system is amazing. So much better than Larry. Don’t tell him though, that’ll be our little secret.

To my fellow Subaru-ites, quick series of questions. What do we call ourselves? Is it Subaru-ites? Outback-sters? The coolest people on the road? Also is there like a secret hand signal I’m supposed to give when I see another Outback on the road? You know like how Harley dudes do the two finger thing? Should we start one?

I’m well aware of the stigma we Subaru drivers have and for that I say this gif.

I won’t even be able to hear you’re smack talk anyways since I’ll have the stereo on so loud while I blaze past gas stations. Suck it nerds! 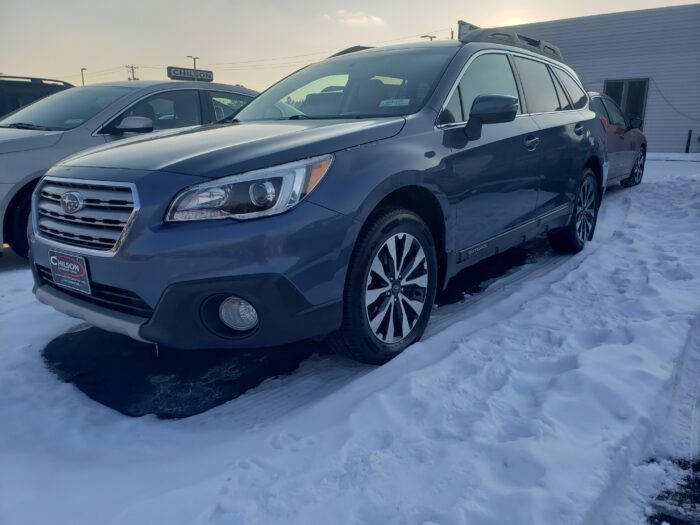