Today The Wife and I finally got the news about the gender of our impending baby! We woke up fairly early, got a nice breakfast and the sun was shining. That’s a nice day.

We were supposed to find out the gender last week but the only thing we found out is that our kid is a little stubborn and shy. Kid wouldn’t move out of the corner! Lame.

So we get in the room and the ultrasound begins. Not sure if you’ve ever been in one of those rooms but they dim the lights and play music in the background, some real mood setting IMO. I’m sure for most people that’s great but they had on our sister station Z93 and it was weird hearing my voice in ads while starring intently at a screen pretending to know what I’m looking at.

After what felt like forever the tech finally said, “Wanna know the gender?” We both said, “YES PLEASE!” at the same time and she announced to us just as I am writing to you that the blurry image on the screen will be my daughter! Holy crap it now feels so real! I wasn’t allowed in the doctors rooms during the early stages so being in there during that was indescribably joyous.

Funny thing is, of all the guys I played O-Line with at BSU four of the five are married and have at least one daughter, no sons. For real, nine daughters and no boys, crazy! Shout out to the wives for making the kids! They’re the real hero’s in this story!

All these big tough dudes have become Girl Dads. And you know what? I’m stoked to be a Girl Dad! I’ll make sure she gets a good dose of sports, wrestling(yes they are different) METAL and of course the joys of live music. This is gonna be the hardest thing I’ll ever do but I’m ready for this amazing adventure. 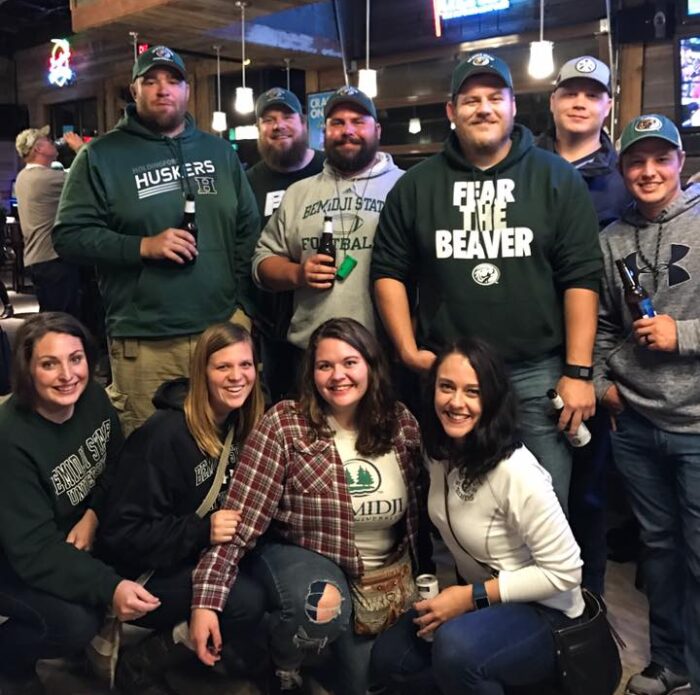