Yesterday, for our final Summer Party Tip of the year, I asked for your help in finding some more REALLY good, kinda secret pizzas in our area.

And you did NOT let me down.

While I’m looking forward to first going to Gem City Saloon and Slice of Chicago in Sparta(along with a stop at the Beer Shop), I now have a list of a bunch of other spots to visit.

Thanks to Mrs. Simmons for letting me know about the Barre Country Diner & Uptown Pizzeria in West Salem. She suggested the “Brownie Deluxe”. It’s apparently named after one of the owners and it has sausage, pepperoni, mushrooms & onions.

Nikki & a few other people suggested the Jailhouse Saloon in Centerville….she said “the pizza fries are a MUST!”

Several people suggested the Pizza Corral in Holmen, and I’m well aware of their great pizzas. Been there several times!

Kyle texted us yesterday and said that I had to get to Freddie’s in North Bend & check out the famous “Ma & Pa” pizza.

I had a BUNCH of people say that I need to get to the Blue Goose in La Farge, aka “The Goose Barn“. Shelly sent me a pic on FB of one of their pizzas and it looks FANTASTIC!

And if you’re looking for beer along with your pizza, I had a few suggestions for Lucette Brewing Co. in Menomonie! My buddy, Jeff, said it was by his cabin and he goes there all the time!

Carson texted in and said that Phil & Deb’s in La Farge has “killer pizza”. A small, mom & pop kinda bar/restaurant with excellent pizza is DEFINITELY what I’m looking for.

Someone named “Munson” said I should try to get to Country Gardens in Soldiers Grove. They apparently serve awesome pizza with roasted red pepper relish! HELLO!

Thanks for all the emails, texts & calls about where to get some great pizza in our area. Sounds like I’m going to be busy for the next few months. 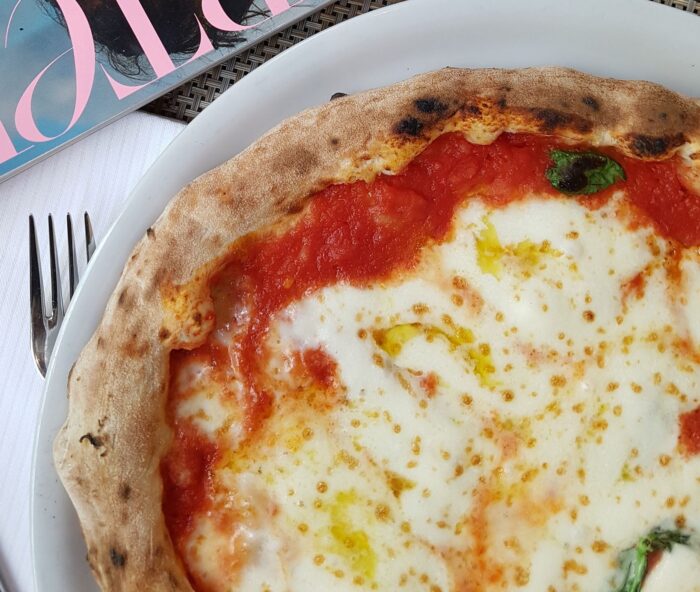