My Favorite Headline of the Day

Sometimes time lines up perfectly in an instant bit of karma. That’s what happened in today’s Headline of the Day.

Imagine what was going through the crooks mind on the morning of the robbery. “Ahh what a beautiful day to do some stealing. I got my robbing shoes on, my robbing hat on tight, and the keys to my always reliable getaway robbing truck.” He kissing his wife good bye and says “I’m off to do some robbing, nothing is gonna go wrong today!” She smiles knowingly that secure in the thought that tonight they will be eating something procured for free which automatically makes it taste much better.

Off he goes to the usual spot, you know the gas station that always has cars parked by it but no one is ever “there”. Robby** parks in his lucky spot and leaves the keys in the bed because you can’t be jinglin and jangelin with keys in your pocket if your doing some robbing, everyone knows that.

The robbery couldn’t have gone smoother and now a relaxing stroll back to the trust Chevy that has facilitated so many felonies. Walking slow and steady Robby** sees his truck just across the parking lot, “What a beaut, I should steal a topper that matches my rusty Chevy…” he thinks blissfully as he gets closer to the door. All of a sudden the truck starts, which is weird because there isn’t an auto start, that’s next on the ol robbing list. Then it’s moving and driving off! “Heavens! My truck!” he shrieks as he drops his loot and scampers after his last vestige of freedom driving off.

Here’s a link to the video!

**Robby probably isn’t his name but imagine if it were. 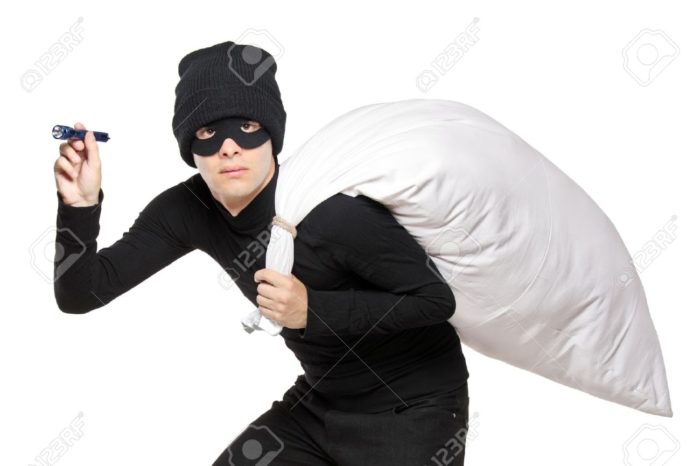