Last night (Dec 16th) I was granted the awesome opportunity to catch the latest installment of the Spider-Man franchise, and it was no disappointment. I know there’s about 10,000 spoilers out there right now, and you’ve been using your Spidey senses to the best of your ability to avoid them. So here’s my honest opinion about it, completely spoiler free.

First off, I wanna state that I thoroughly enjoyed this movie. There will be points in which I will criticize it, and make it seem like I didn’t like it, but I truly did. The best way I can word this movie is this.

It’s a great Spider-Man movie, but it’s not a great Marvel movie.

To some, that may not make sense. So allow me to further clarify.

If you’re a Spider-Man fan; you’ve seen all of the movies, all of the cartoons, read the comics, played the video games etc etc etc, you’ll love this movie. It’s full of Easter Eggs, fan service, and callbacks. You don’t need to know every piece of Spider-Man lore there is. But the more you know, the more you’ll enjoy.
But the problem this movie has is that it’s so full of fan service and callbacks, it almost forgets to be it’s own movie, and the movies it calls back to are better movies.

Let me give a spoiler free example. Thanks to the trailers, we knew that the Green Goblin and Dr Octopus would be back, meaning Willem Dafoe and Alfred Molina would be reprising their former rolls. They did so, and masterfully as expected. But as wonderfully as they play their roles, their characters get no further development. They reference happenings from their own movies, but do not surpass their original appearances.

I know I just made it sound like the movie is a let down. It truly isn’t. I need to state again that I completely enjoyed this movie. I laughed, I teared up, I cheered. Spidey is my favorite, and always will be.
But like I said, it’s a great Spider-Man movie, but not a great Marvel movie. Peter gets a lot of character development, but he’s the only one who gets any development at all. We do see a taste of things to come though, and speaking in terms of the Marvel franchise, that’s exciting. But the narrative doesn’t go further than a taste.

Lastly, just like you stuck around to the end of this review, stick around for the post credits scenes. I shouldn’t have to say this to any true Marvel fans, but I did see a few fools leave the theater last night, and they missed what was the best part of the movie for me.
There’s two of them, so be prepared. They’re both REALLY REALLY AWESOME!
Seriously, not spoiling the 2 end credits scenes was the hardest part of writing this whole thing. 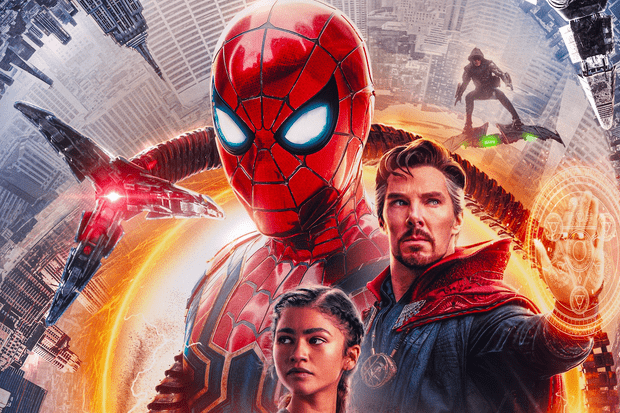