Just days ago, the Halloween franchise got it’s “final” installment. Well, at least the final one on this timeline, and the final one with Jamie Lee Curtis. No, seriously, she has it in writing on a contract that this is her last one. But come on, I’m not stupid and neither are you. At some point, someone will come along and revive Michael in some form, either by splitting off yet a 4th timeline or doing a full on reboot like Rob Zombie. The Shape is too iconic a horror villain to be gone forever.

More accurately, it’s a grand disappointment. I had been loving this modern timeline so far. Halloween 2018 was great. A truly excellent and faithful reboot. Halloween Kills was admittedly not super, but that one suffered “middle child syndrome”. As in, before the movie was released, we knew there would be a 3rd installment. So obviously Michael wasn’t dying, and Laurie Strode probably wasn’t either. But at least that movie had some decent kills, and followed along a continuous story with 2018.

But Halloween Ends? It feels like a piece of fan fiction that exists in it’s own universe. You could literally have not seen 2018 or Kills, and you could still follow this movie. It feels like a giant waste using 2 movies building a story that’s aiming at a conclusion for an entire series, only to basically throw all of that out and go with what they did.
That’s merely the beginning of my complaints. My biggest is my next point.

It’s not even really about Michael, OR Laurie.

No joke. It’s like they made an entire movie about someone else, and tagged in a Myers/Strode fight at the end. A short one at that. More on that in a bit.
The movie instead follows this brand new character, Corey, as he slowly slips into the same sort of madness that Michael did. Even at one point becoming Michael’s prodigy. The Boogeyman with a padawan (Boogeyboy?) just feels totally f’n weird, dude. Not only is it weird, it feels like a slap in the face to the fans to build up all this hype for a movie that’s being billed as the end of a franchise, only to introduce a brand new character this late in the game, and then make 3/4 of the movie about him.

But I’ll say this about the ending. As short as the inevitable final fight between Michael and Laurie was, it was at least worth the wait. It also gained closure. They did not leave the fate of the loser up for debate, that’s for sure. I won’t spoil that part for you, as it’s one of the best parts of the movie.

All in all, it wasn’t the worst in the franchise. I did enjoy parts of it. I’m just glad I saw it for free on Peacock as opposed to going to a theater for this one. Last week, I did a ranking of the Halloween movies. You can see that list by clicking here. To update those rankings, I’d place Halloween Ends at the #10 spot above “Revenge”, “Curse”, and “Resurrection”. 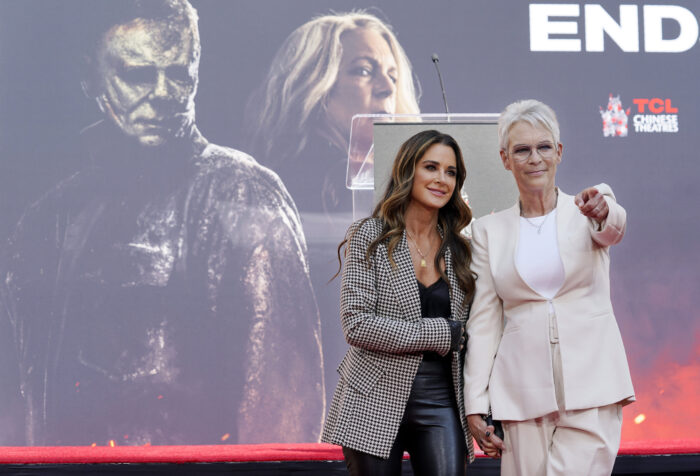