Thursday will see a new installment of the beloved Halloween franchise, and to prepare, I thought I’d revisit the entire series up to date and rank them accordingly. There’s been some goodies, and some real stinkers in this franchise, so lets see how they stack up.
I will jump out right away and say that I WILL be including Season of the Witch on this list, because this is a list of Halloween movies, not a list of Michael Myers movies.
So let’s go.

“Resurrection, “Curse”, and “Revenge” are on the bottom of most people’s barrels. It’s also clear that I really enjoyed Rob Zombie’s original remake, but not so much his follow up. A bit of an unpopular opinion there. I do wanna point out that I really wanted to rank Season of the Witch higher, but I just couldn’t justify that move given how many other great movies I needed to rank higher. That movie upset a lot of people when it came out, but it’s really grown on people, including myself, over the years.

How will Halloween Ends rank? Perhaps I’ll revisit this list next year for that. 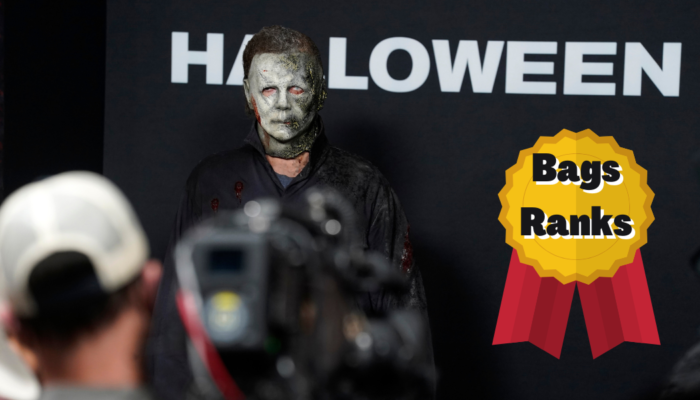