So this isn’t necessarily “new” news. But with Stone Temple Pilots playing here in September, I figured it would be a good time for folks to get reacquainted with their new lead singer, Jeff Gutt.

He certainly had big shoes to fill. Scott Weiland was loved by many, and respected by all. His passing in 2015 shook the world of music.
But since he was fired from the band, and his subsequent passing, STP has found a great frontman with Jeff Gutt.

He started with a band called Dry Cell, a nu metal band from California. He also appeared in two seasons of The X Factor. He totally slayed Leonard Cohen’s “Hallelujah”. Check it out below.

I’d love to show you more, but I think it’s best you go see him in action when Stone Temple Pilots rocks Copeland Park in September.

For more information, and for a chance to win tickets before you buy them, click here. 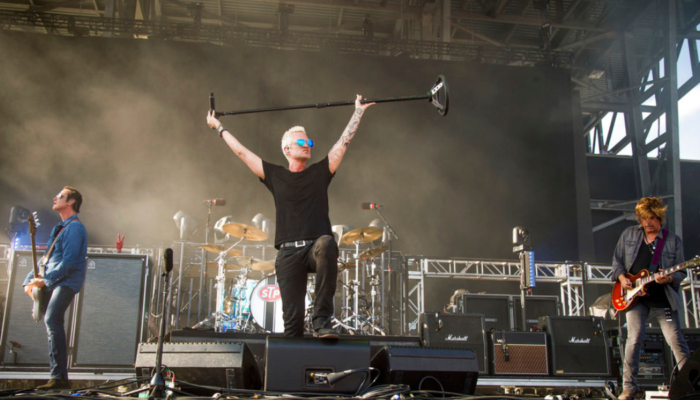