No Matter How He Plays, Tiger Wins

Our relationship with Tiger over the years has seen it’s highs and lows, to say the last. About 14 months ago was about as low as the lows can get. On February 23rd 2021, Tiger was involved in a near-fatal car crash where he almost lost his right leg. This weekend, he does what no one thought possible.

After 2 rounds, it sucks to say that Tiger hasn’t done well so far. Certainly not the Tiger we all remember from 20 years ago. But I don’t think anyone expects him to be. Given what he’s been through, it’s a victory story that he’s even out on the course right now.

These last few days have shown me more than anything how important Tiger Woods is to the world of golf. I’ve heard the word “Masters” more in the last week than I probably ever had in my life. And that’s really saying something coming from me, because I hang out with some serious golf nuts.
If you want proof of how important Tiger is to golf, take a look at this picture from Wednesday.

See that crowd? That was just from practice.
…PRACTICE…
We’ve never seen a golfer captivate the world the way Tiger has, time and time again. So honestly, even though he hasn’t played well so far, it doesn’t matter. People will forget who actually wins this Masters. But no one will forget Tiger’s return from such horrible circumstances.

In the words of Mary Jane Watson, “Go get em, Tiger.” 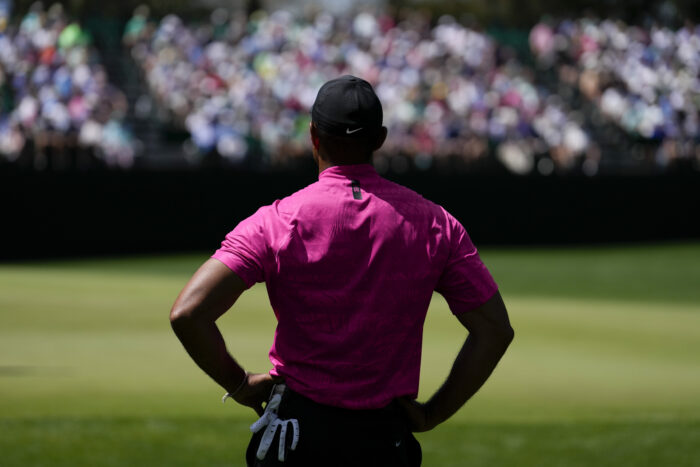