The Book of Boba Fett – Spoiler Free Review of Episode 1

So the latest installment in the Star Wars universe recently hit Disney+ yesterday, and long-time fans of Boba Fett have been dying for this moment since last year.
But was it really worth the wait?

But no one likes spoilers, so here’s my take on it, while keeping you in the dark on the finer details.

So this will sound like a spoiler, but it’s really not. We open with answering the question as to how Boba Fett escapes the Sarlacc Pit. Like I said, it sounds like a spoiler. But since last year when he joins the action in The Mandalorian, we obviously know he survives it. We just don’t know how. Answering that question seems like a pretty solid start to the series, as chronologically speaking, it’s the last we saw of him way back when in Return of the Jedi.

It’s actually a pretty interesting concept to fill in the blanks of Boba Fett’s very scattered past, while also moving his current story further. We follow along as he pulls himself from being left for dead, and as he tries to regain control of the power vacuum left in the wake of Jabba the Hutt’s death.

If you’re even a casual Star Wars fan, this is an excellent story so far, and I believe it perfectly shows respect in shining a light on one of the franchises most shadowy characters.
Seriously, check it out now on Disney+.
New episodes are added each Wednesday. 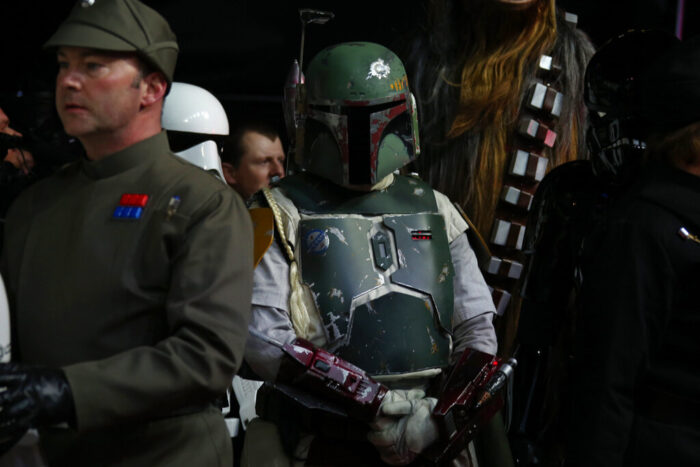