The day after Thanksgiving, it’s Christmas time in our house.

We start watching all the holiday movies, put up the tree, all the other decorations, play the Christmas music.

I’m no Grinch, unlike Shaw.

According to this recent look at search results, “Elf” is the most popular Christmas movie in the state of WI. In fact, it’s number one in seven states, including Michigan & Ohio. As for the rest of the midwest, “Jingle All The Way” is tops in MN, “Home Alone” takes the cake in IL, and “National Lampoon’s Christmas Vacation” is number one in IA.

Those all make my top five, but I was extremely surprised & saddened to find out that my number one(A Christmas Story), is number one in only ONE state! WTF?

Yes, I love Ralphie. But I have a rule….I only watch it during the 24 hour marathon on TBS & TNT. We usually start right at 7pm, watch it a couple of times before going to bed, then a few times in the morning after we get up. Then we watch it at my wife’s family gathering, and then one final time at home before putting it away for another year.

Number two on my list is “Elf”. Can you believe this movie is almost twenty years old???? Seriously. It came out in 2003. Blows my mind. It’s fun, highly quotable, and has an amazing cast. Seeing Zooey Deschanel in and elf costume doesn’t hurt, either.

“Die Hard” is my number three holiday movie, and it’s a goddamn trave-sham-mockery that it’s nowhere to be found on that earlier list. Maybe it’s those damn commies who don’t consider it a Christmas movie. I don’t care what anybody says, it’s a Christmas movie & it’s excellent!

The ending scene ALWAYS brings a tear to my eye….when Sgt. Al Powell has to use his gun for the first time since killing the kid to save the life of his new BFF, I’m an absolute puddle.

Number four for yours truly is “National Lampoon’s Christmas Vacation”. It’s a must-watch every year, and if it isn’t in your top five, you’re wrong and should get your head checked.

And if you know someone who doesn’t endlessly quote this movie during the holiday season, you don’t need them in your life.

That’s my top five…and if it was a top six, “The Ref” would be in the sixth slot. A terribly underrated Christmas movie. Lots of subtle humor, and Denis Leary at his absolute best! And I don’t give a shit that Kevin Spacey got cancelled, I’m watching this damn movie every friggin’ year. 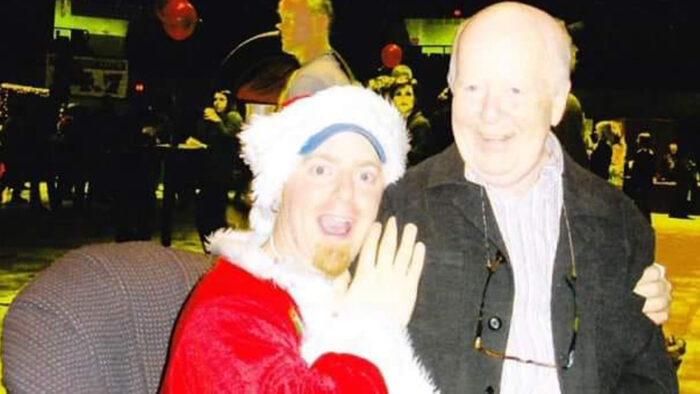