People will probably argue over how to say it, but there’s no argument amongst Hazy Lovers about the flavor. Elysian Contact Haze is spectacular. It’s safe to say, I’d stack this up as one of the top Hazy IPA’s in the country

uh-Lee-Zee-ann? EE-lease-ian? Uh-Lee-zhun? Even people in Seattle, their hometown, still argue about it. Also, when I talked with one of their brewers last summer, he said: “We don’t correct anyone anymore. They can say it how ever they like, as long as they buy another one”

This may sound strange, but… it’s almost a BIG IPA without the BIG IPA bitterness. It’s more big on flavor… instead of just big punch-you-in-the-face hop flavor. Let’s say, Big on balance. One of my favorite things to look for in a beer. Just listen:

It’s just delicious beer no matter how you say it. You should just go get some. 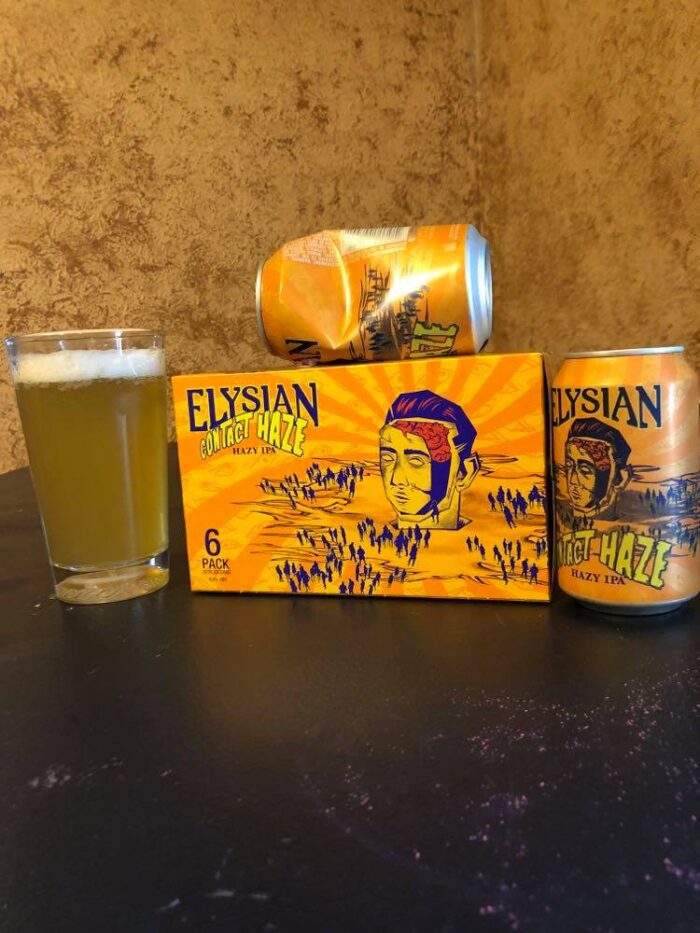