Your toothbrush is undoubtedly covered in poo.

Every time you flush, a “toilet plume” sends poo droplets into the air and onto everything in your bathroom.

“Toilet Plume” isn’t anything new. A study from 1975 first discussed this phenomena, saying that “…a person may acquire an infection from an aerosol produced by a toilet…”

But thankfully, science keeps investigating poop, and a new study from Northwestern University analyzed the bacteria found on 34 toothbrushes. And while they found a bunch of bacteria, it wasn’t the type you flush.

The majority of the bacteria found on the toothbrushes comes from your mouth & skin, not your guts & butts.

Sure, there’s probably a little bit of poo that gets on your poopbrush, but not enough to make you sick.

Still, if you want to make sure you’re brushing with a fresh toothbrush there’s a few options to keep it clean.

The easiest method(and laziest) is running your toothbrush under hot water before & after every brush.

You could also swirl the toothbrush in antibacterial mouthwash for 30 seconds, and if you don’t have any on hand, you could soak the bristles in vinegar overnight.

And if you’re looking to spend some coin & have a techy toy in your bathroom, you can always buy a UV toothbrush cleaner!

Honestly, they aren’t as expensive as I thought they’d be. 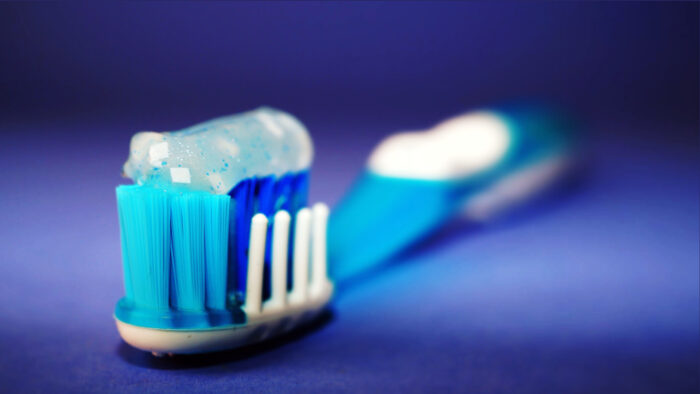