And no, I’m not talking about Skoal or Copenhagen.

In honor of today being “National Tortilla Chip Day“, what’s your favorite kind of chip dip????

There’s so many to choose from!

Me, I’m a BIG fan of the smoked bologna spread from the City Meat Market in New Albin.

However, is it truly a “dip”? Probably not in the traditional sense, but I do dip a Wheat Thin or Ritz cracker in there, so technically, it’s a dip.

According to some recent Google search data, salsa is the most popular dip in the US, with 18 states claiming it as their favorite.

Guac was the second-most popular dip with 15 states.

Queso came in third with six states, ranch & buffalo chicken dip were both the most popular dip in three states. Artichoke in two states, and French onion dip, crab dip & beer cheese all stood out in just one state.

In Minnesota & Iowa, it was salsa as the favorite. And in Illinois, guac was king of the dips.

Whatever your favorite dip is, PLEASE do NOT double-dip! 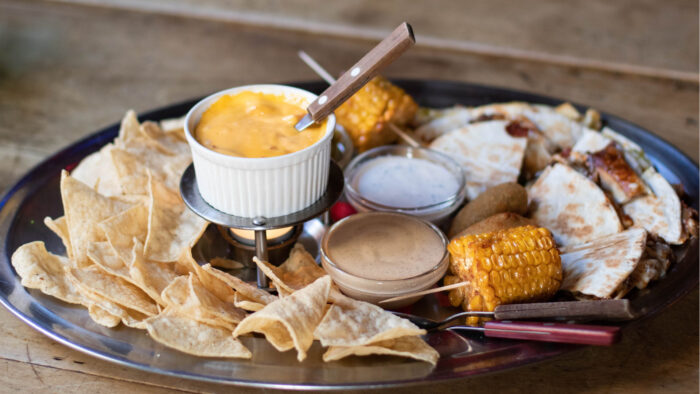