Holy crap this weekend was crazy! We decided this weekend was the right weekend to replace the counter tops in our house so I guess I’m glad it was 20 below? The Father -in-Law graciously came down to help and away we went. As we progressed I realized that putting in counter tops def isn’t the hard part, no that honor would go to cutting the sink hole and re-plumbing the cold water line that broke in my basement. SOUNDTRACK!

As you’ve already seen, the counter tops have already been stained and sealed so let’s get into the hard work.

We took out the old ones and got the new ones ready to go in. The small one was super easy. The long one created many, many nervous feelings. Here’s the small one done.

The ease of that one gave me confidence for the rest of the project. Something I needed to cling to because there were a lot of steps that took some guts to make happen. I cut the long one and we set it in! Least terrifying part of the day as you’ll see in my calm demeaner here.

Now begins the hard part. We had to cut a sink hole. A step that when The Wife called the large store who’s headquarters are located in Eau Claire to see if they would do for us they said, “um no” and laughed her off the phone but when I went to find a sink hole template at the store was told they would cut it for me no problem. That guy that was mean to The Wife can kick rocks. They also didn’t have a stencil. Unreal.

First we taped the lines and then we pondered, “How the hell do we do this?” Probably should’ve thought that through a few days earlier. But the hole was set to be cut and we needed to finish. So off we went, learning on the fly how to cut a sink hole. That may sound super easy and all that garb but when you spent a few hundred dollars and over two weeks getting the counter tops ready it added a whole new level of nervousness.

It turned out to be too small, thank god not too big, so I went after it with the sawzall and made it work. Then we just had to put the sink in and we are golden. If only my life were that easy.

See that old ass pipe going straight up? Yea turns out old ass pipes like to break. So I got a quick lesson in plumbing and fixed it, unfortunately no pictures exist of that after The Great Beer Consumption of ’21 which happened shortly after.

All in all The Wife and I are stoked about the new counter tops and she is very excited to see me put in a tile backsplash. One other thing happened when we were doing all this work is I lost feeling in the tip of my right thumb. Like just in one spot on the inner tip. Very strange.

The Jacket still has sleeves. It is however now hanging on a hook. 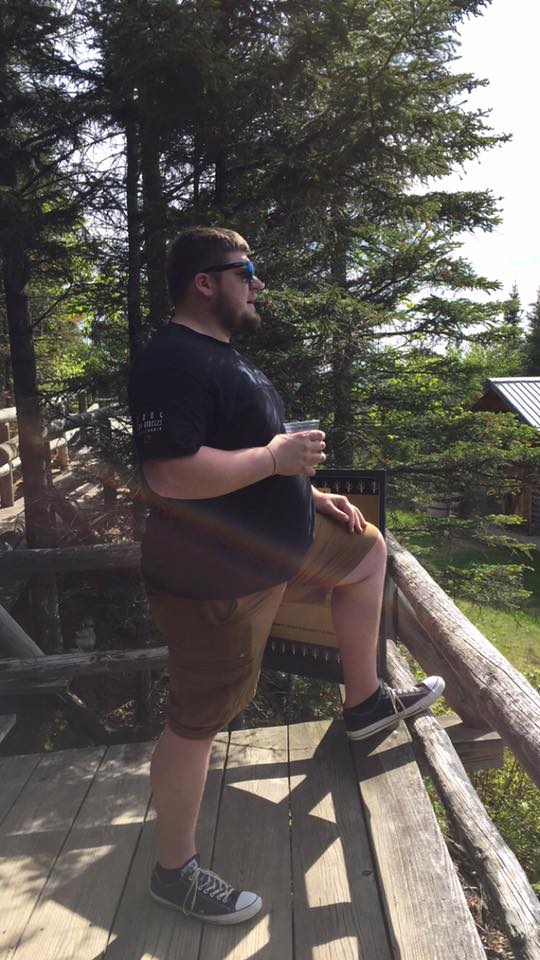