I may have lived in Northern Minnesota for the majority of my adult life but I never really did much outdoors. I mean I would do the occasional festival on the ice, yes that’s an actual thing. They were super fun! Except peeing in a porta potty on the ice. If you dribbled on your shoe it’d freeze before you could do anything about it so the best course of action was to scoot through a snow drift.

You probably can’t see that the mic I’m holding had frozen to my glove and every time I spoke into it I’d have to pry at least one lip off of Christmas Story style. It was -26 in the sunshine that weekend. Not totally out of the norm there and that’s why I did mostly inside things. As well as work, a lot. So much so I became quite the dull boy.

But this weekend I decided enough inside things for me, I want to fish! So I headed north to near Hayward and punched a few holes and tried my best to slay some walters and filet up enough for a good old fashioned fish fry!

As you can see I was less than successful. At least I caught a nice buzz! 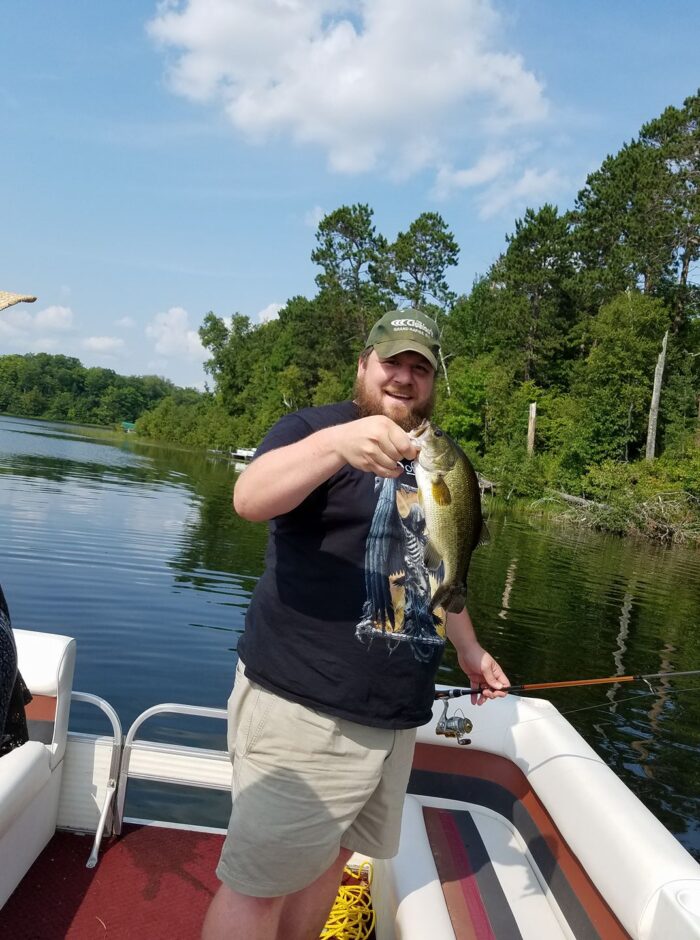