Why you should swear more.

After getting to know me outside of just hearing me on the radio, most people wonder how I keep myself from swearing when I’m on the radio.

To be perfectly hones, I don’t really have an answer for that. There’s no trick to it. I just don’t.

Sure, I’ll drop the occasional “ass” or “goddamn” or something mundane like that, but never the big ones. No “F-word” or “S-word”.

But I did once. At my very first radio gig. I was doing weekends at B106.3 in Nashua, NH. I came to the studio one afternoon when it was pouring rain after the Patriots had just lost. The guy on before me left a filthy mess in the studio, so I was definitely NOT in a good mood.

After a Britney Spears song, I cracked the mic and said, “Britney Spears on B106. It’s raining and the Pats lost, what an awful fucking day”.

Of course, I turned the mic off and was terrified that I’d never work in radio again. Someone actually called and asked me if I had sworn and I denied it, of course.

But since then, I’ve never dropped the “F-Bomb” on the radio. However, maybe I should. Science is on my side, too.

After watching the “History of Swear Words” on Netflix recently, I rekindled my love for cursing.

Sure, it feels great to pepper a conversation with a few expletives, but there is actually some real science behind the power of the potty-mouth.

It can be a sign of intelligence. A study from a few years ago found that people who use LOTS of different swear words tend to have better language skills in general.

People who swear a lot are probably might be more honest. Another study from 2017 found links between honesty & how much we swear. Also, other people actually see you as more honest the more you drop a few curse words.

Nic Cage let us know in the “History of Swear Words” that cursing can increase your pain tolerance! Researchers had people dunk their hands in ice-cold water & keep it there. And go figure, the ones who swore were able to keep their hands in longer than the people who enjoy clean-livin’.

Swearing is a sign of creativity! Because cursing is usually handled by the right side of your brain, or the “creative” side. Some of the most profane comics & musicians tend to be the most creative!

Tossing around F-bombs is better than throwing punches. Some experts think we have evolved to swearing because it’s a much less risky way to vent our frustrations.

So, curse away, my friends. 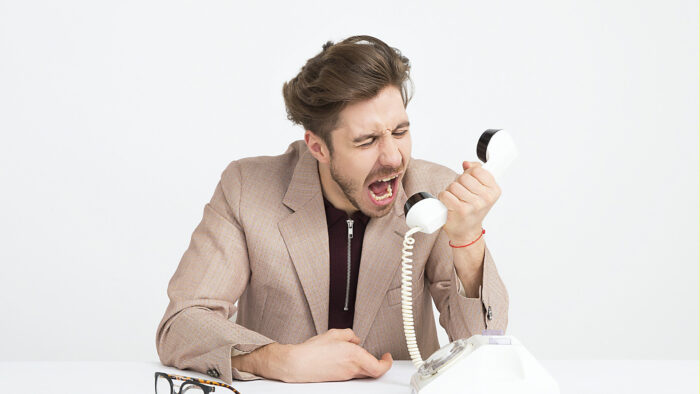