We almost broke up over mayo.

Many years ago, before I started dating my wife, I was dating another girl and we decided to move in with one another.

We’d been dating for several months, she was staying over often enough that it was like we were already living together.

But, there’s so many annoying, little things you don’t see until you’re actual stuck in the same residence with someone. The hair in the drain. The cap off the toothpaste. The drawers and cabinet doors left slightly open.

All the really maddening things that you never see until you’re around someone on a more consistent basis.

The thing that nearly pushed us over the edge was our first trip to the grocery store with one another. We had so much to look forward to as we grabbed our empty cart, ready & eager to fill it with delicious food that we would no doubt enjoy together. The possibilities were limitless!

However, as we made it through the produce section, picking up some bananas and various other fruits, we rounded the corner to the condiment aisle.

You know the one….it’s got mustard and ketchup and mayo and salad dressings! So many friggin’ choices!

And that’s where our relationship nearly came to an end.

I had ketchup in the fridge at home, but no mayo at the time. So, as I reached for the Hellmann’s(yellow label, blue cap), she made a comment that she didn’t like that kind of mayo. She preferred a low-fat, less-calorie, garbage kind of mayo.

I explained to her that I’d been eating Hellmann’s mayo since I was a child and that would not be changing. But, she INSISTED on this other, lesser mayonnaise.

So, I made the suggestion that instead of arguing about why my mayo was superior, we just get both brands and then everyone would be happy.

“Why would we need two kinds of mayonnaise? That makes no sense,” she said.

I considered it a brilliant compromise. But she was not going to relent. She put her trash-mayo in the cart and turned to walk further down the aisle.

I was appalled. How dare she sully my groceries with her “mayonnaise”?????

When she had her back turned, I put a jar of my beautiful, wonderful, delicious Hellmann’s mayo in the cart and proceeded to the next aisle.

Thankfully, we didn’t have any more instances in the grocery store that day or I would have surely walked out and left her there to eat her disgusting pseudo-mayo.

Obviously, we didn’t work out. But now I’m happily married to a woman who I love, and who also doesn’t try to change my mayo.

Sometimes, you have to stick to your guns. I’m like that with a few other things, too.

Thankfully, I’m not alone. Even though more than half of people in a recent survey said they’d go for a cheaper, generic option when they’re shopping to save money, many of them are also unwilling to compromise on some products.

The most popular items that people refuse to budge on are:

Thankfully, Mayo made the list at #14. So I’m not totally alone on this mayo thing. 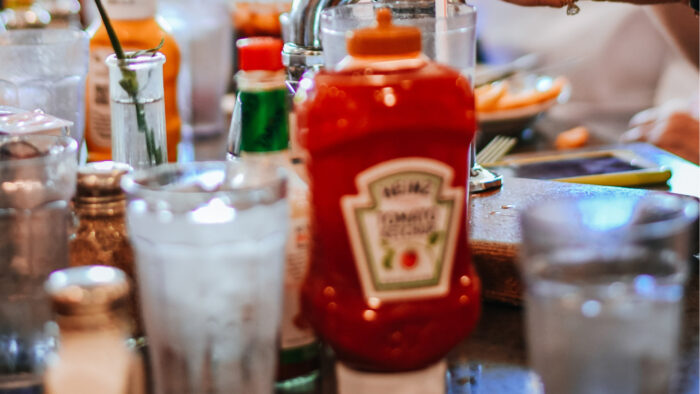