Essential albums that turn 40 this year.

Forty years ago, I was only four years old. I don’t think I had any tapes, let alone knew what an album was.

I think I was seven or eight years old when I got my first boombox. It had a tuner and tape deck so you could play tapes or record songs from the radio. Even had a little microphone so you could record your own voice and whatnot. If I remember correctly, my first tapes were “The Monkees Greatest Hits” and “Colour By Numbers” from Culture Club.

Obviously, as I got older, my tastes changed, and I’m happy to say that I have or currently own many of the albums on this list of the “81 Essential Albums That Turn 40 in 2021“

By the way, if you enjoy Rush, check out Voivod. Another Canadian prog-rock band from the 80’s. Their album “Nothingface” is killer & features a great cover of Pink Floyd’s “Astronomy Domine”

Another album turning 40 this year is “Pleasant Dreams” from the Ramones. It hit shelves on July 20th of 1981 and my favorite track is of course, “We Want The Airwaves”

On the softer side of things, you know I’m a HUGE Hall & Oates fan. And one of their biggest albums, “Private Eyes”, turns 40 this year. You know the rule….you clap once, then twice, whenever “Private Eyes” is playing. It’s BY FAR my favorite track on the album.

No list of ESSENTIAL albums turning 40 in 2021 would be complete without AC/DC‘s “For Those About To Rock”. It was available on November 23rd in 1981 and it’s incredible from start to finish. But my favorite track is “Breaking The Rules”

There’s a ton of great albums on this list, from Iron Maiden to Iggy Pop, but one of my all time favorites on the list is Mötley Crüe’s debut, “Too Fast For Love”. It came out on November 10th and contained a number of great songs, but my favorite has to be “LIVE WIRE”!!!!!!!!!!!! Back when Vince could still sing! 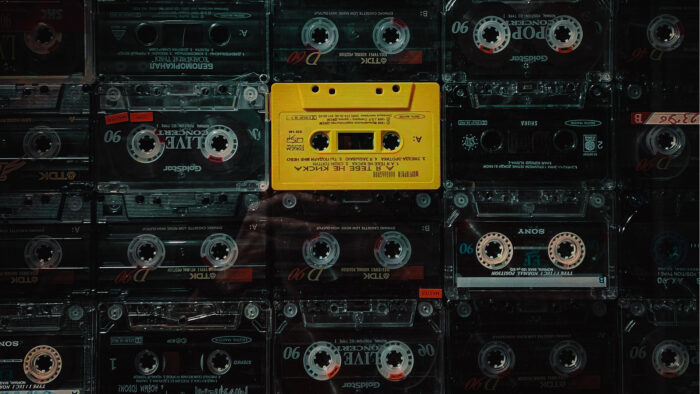