Unpopular Opinion: Sequels as good as (or better than) the original

Godfather/Godfather II. Star Wars/Empire Strikes Back. Airplane!/Airplane! II. Seriously. It may be an unpopular opinion, but it’s true. Airplane! II is as good as the original. Better? That’s debatable.

Yeah, they use a lot of the same gags. Yes. They recycled jokes. And, of course… it was just as stupid (maybe even stupider) than the first one. That might be why it’s so good.

Any of us who have seen them both, tend to quote the second one MORE than the first. Sure, “And Don’t Call Me Shirley” is probably the most used Airplane! quote of, well… EVER. BUT…

What about these classics: “First the earth cooled… and then the dinosaurs came…” -or- ” I don’t mean to sound forward, but I don’t think we’re gonna live through this….” -or- “Oh, cut the bleeding heart crap will ya? We’ve all got our switches, lights, and knobs to deal with…”

An then, there’s this: “Over Macho Grande, sir? ~ No, I’m afraid I’ll never get over Macho Grande” -and- “Did I leave the iron on?” plus my all time favorite, the one I use most often, the granddaddy of them all……….. “Where am I gonna get a piece of metal? In Space? At this hour?”

Honestly? I use that one the most… and always continue into “What’s a man doing with a bobby pin?!?”

Ok. Now that I’ve actually written this out, I might have argued my way out of the proper conclusion. The first one was better after all. I guess it’s an unpopular opinion for a reason.

Puck knows lots of movie quotes… not as many as Brian, cuz damn. Nobody is on that level. But he really does like Airplane! II quite a bit. Try not to hold that against him. Check out Puck LIVE (from his daughters bedroom) during the pandemic from 10:00-2:00 weekdays. Listen Here 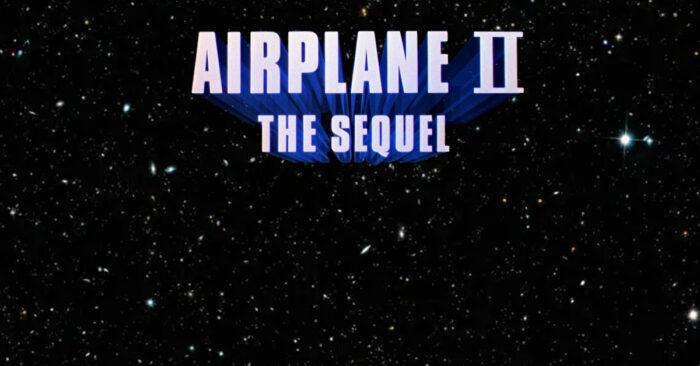