Everything is an IPA. Or at least, that’s how it may seem, because they are popular. IMMENSELY popular. But that wasn’t always the case.

The first wave was started back in the late 80’s by Summit and Sierra Nevada. Others started to join the fold, but most people didn’t like them, and most brewers made… um. BAD ones. They were all hop bitter, instead of hop flavor. And yes… the IS a difference.

Goose Island Beer Company was one of the breweries responsible for leading the charge at good tasting IPA, and influenced many others to do the same. Balance. Drinkability. Flavor. They are all at this party.

A good IPA should be drinkable. It should be bitter, yes… but is that the only flavor you get while drinking it? Well, then it belongs in the trash. Searching for a good IPA can be fun, but if you just want to take the guess work out of finding a good one, grab some Goose Island. If you don’t want to spend 20 minutes in the beer aisle? Buy some Goose Island.

Drinkable is not a swear word. It’s a very important word. It’s what you want your beer to be. Goose IPA is drinkable. I’m going to drink another.

That’s why I was so excited to find a bonus six-pack of Goose in the back of my fridge. You can pretty much guarantee it won’t be there tomorrow.

Pints with Puck runs LIVE every Thursday at 12:30ish. Puck has been has been a beer fan since he turned 21… yeah. 21. Got it. He’s not an expert. He’s not a snob. He just likes beer. And he’s more than happy to recommend a good one. Check out Puck LIVE (from his daughters bedroom) during the pandemic from 10:00-2:00 weekdays. Listen Here 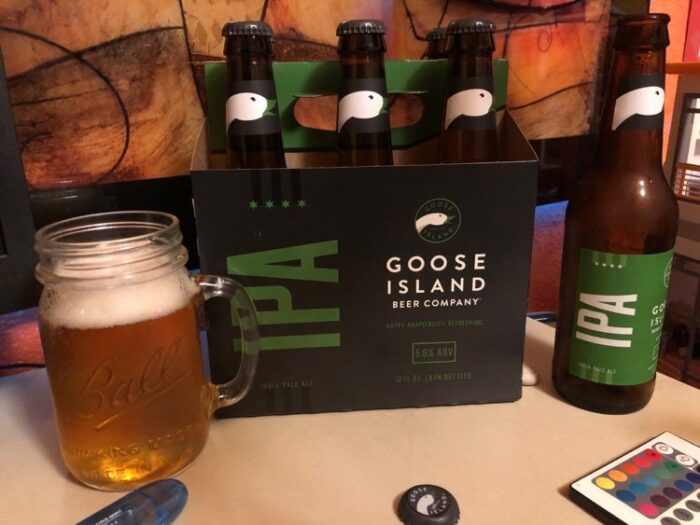