This weekend rocked! First weekend home in what feels like months, the weather wasn’t 150 degrees and 300% humidity and there was a ton of wrestling!

Friday I was supposed to get on the tv for WWE’s Thunderdome but I couldn’t get in, but the show was fun and we got to throw axes afterwards.

Sunday we tackled a bunch of landscaping projects it’s been too damn hot to take on. For some reason the people that owned the house before us decided there needs to be a bunch of plants and shrubs in our alley by the garbage cans. Why? All they did was look awful and unkempt so I ripped them all out, defeated many spiders and throw them the hell away.

The Wife makes amazing guac so we obviously needed that for a snack with homemade chips. Shout out to the airfyer the real hero of the week.

We also cleaned our garage for the first time since moving in last year, lol. Now The Wife can park inside so her car doesn’t get broke into again. Whoever it was that broke in just know that I hate you and you are a massive jerk.

How was your weekend? Post a pic from it on Insta and use the hashtag #957TheRock! 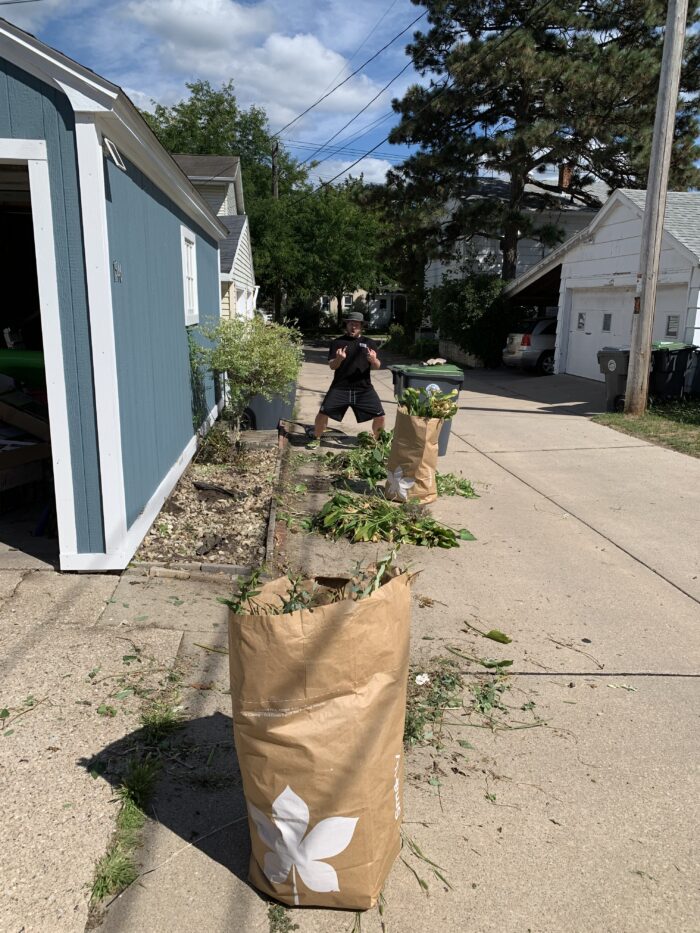