Years ago, when my wife & I were still dating, we had one of our annual Backyard BBQ’s at our old apartment.

A friend of ours showed up late & wanted to “catch up” with everyone else who’d been drinking for a few hours already, so we made him a shot to help out.

It was basically a little bit of everything….some vodka, gin, whiskey, rum, and sauerkraut juice.

Yeah, we put a bit in there to add “flavor”. Needless to say, he was not pleased.

I’ll never forget it. I was bartending years ago and it was late. About an hour before we were going to close. Our bar was well known to be the last stop on the strip….and we were locally famous for the debauchery of our customers after a night of drinking.

There was a bachelor party that came in to do karaoke one night, and they wanted to buy a “Jersey Turnpike” for the groom-to-be. I had never heard of such a thing, but they were more than willing to tell me about it.

Basically, you take the bar mat that collects all the spilled booze and pour that into a shot glass. You can also wring your bar towel into the shot glass if need be.

Did he puke? Oh yeah. Luckily, he made it into the alley behind the bar first.

So, what’s the worst shot you’ve ever taken?

Was it the “Smoker’s cough“? 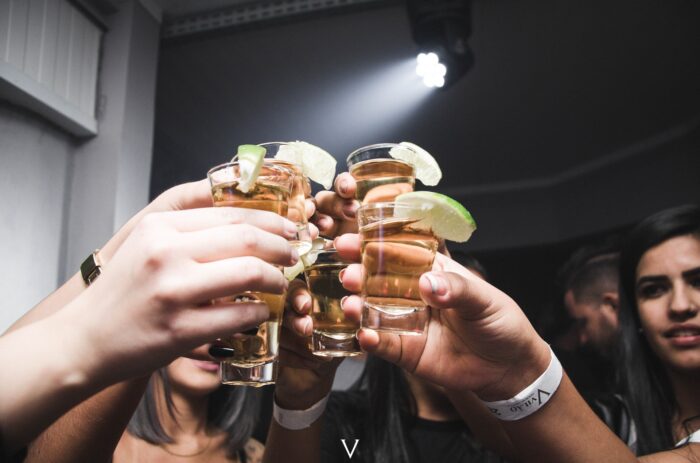