I don’t care about his politics, or his donkey.

I’m talking about his movies. And these are my top five of all time:

I know…he’s an action star. But I love this movie. Whenever it’s on TV, I stop & watch it. Can’t say that about the rest of his films. Plus, this movie came out the same year as Total Recall….so Arnie was pulling some serious double duty!

And it’s got one of the best one-liners of all time!

Tough guy cast. Great one liners. Lots of blood & guns. Spawned more than a few good memes almost 30 years later. It’s Arnold as his ass-kicking best! Plus, it was the first movie in the Predator franchise…which never got any better.

How could you not put a movie in your top five that has a three-breasted mutant? Do I really need any more explanation?

Well, how about a sweaty Sharon Stone telling Arnold that he could tie her up?

A look into the not-too-distant future? We’ve already got strange reality shows where people do all sorts of things for money & pseudo-fame.

Could a show like “The Running Man” be that far away?

It was a bit cartoonish at times, but that flick came out in 1987 and already predicted TV producers altering the truth for better ratings.

Plus, it had Richard Dawson! Perhaps one of the only people who could ever one-up Arnold after his classic “I’ll be back” line!

Look, I’m addicted to TV & film. I grew up with the boob tube. And the thought of a magic movie ticket to take me into the world of movies is my dream come true!

And, there were two Arnolds! More Arnold is ALWAYS a better thing!

There’s plenty of other Arnold movies and many of them are good, some great, and some are terrible….but one that always bugged me was Commando. You honestly tried to make me believe that Arnold would have trouble with a guy that looked like Bennett? 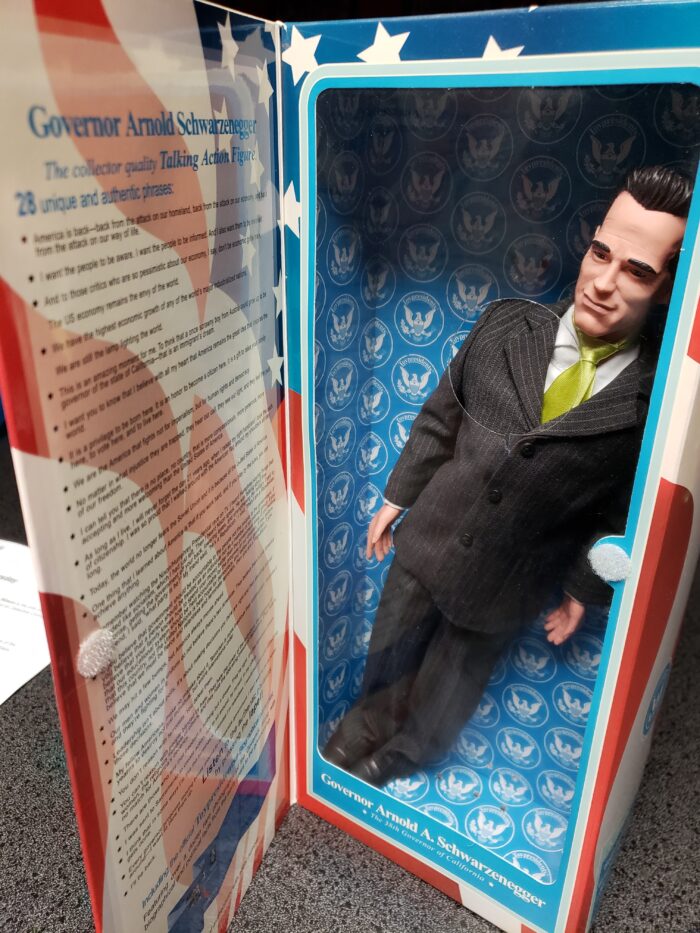