What should replace the Hiawatha statue?

Like it or not, the statue in Riverside park is likely coming down.

There is an online petition to try and stop the statue from being removed, but I don’t think it’s going to stop it from happening.

And now it looks like the city & the arts board want to have a “contest” to determine what, if anything, should replace the statue after it’s taken down.

They’re apparently looking for something that “will engage, educate, and inspire the public.”

So, what is that? What do you suggest? 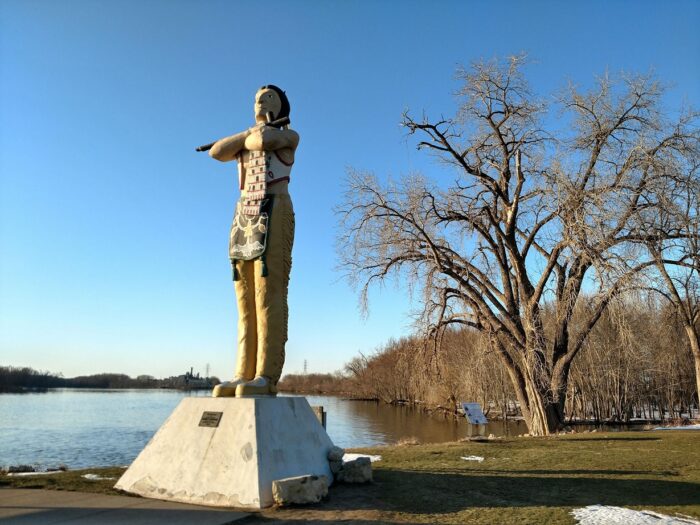