They say “nothing good happens after 2am”.

I tend to disagree.

I’ve had MANY nights that get better after bar time.

Even when I’ve gone home alone, that entire pizza is MINE…and it’s GLORIOUS!

Now that I’m 43 and I get up at 3am during the week, it’s definitely true that “nothing good happens after 2am”.

But this dude in Kenosha had an ALL-TIME bad night this past Saturday.

After getting into it with a few other guys outside of a bar, the cops showed up and he tried to walk away. The officer grabbed the guy, he resisted, and after a few more officers helped out, they got this dude in cuffs….but not before he grabbed the cop on the dick & balls!!!!!!!!

Which is pretty much the same thing I would say if some local yokel grabbed my crank at bartime. 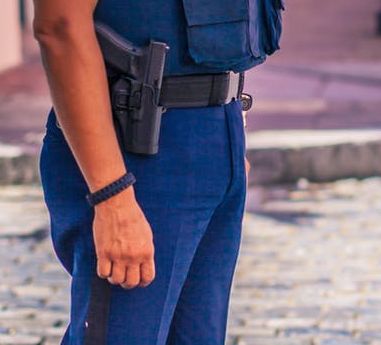