What age were you when you discovered your favorite band?

I don’t remember the exact day, but sometime in 1989, I saw the video for “One” by Metallica on MTV(when they actually played music videos!) and that was it.

Up until that point, I’d been listening to the tapes my parents gave me for Christmas along with my first boom box. Stuff like The Monkees, Culture Club, and the Pointer Sisters.

But when I turned 13, I discovered Metallica and fell in love. They are my favorite band BY FAR. I’ve bought all the albums, all the merch, the t-shirts, the posters, and I’ve seen them in concert over 50 times!

According to a recent survey, I’m not alone. Most people discover their favorite band when they’re about 12-13 years old.

When did you find your favorite band? 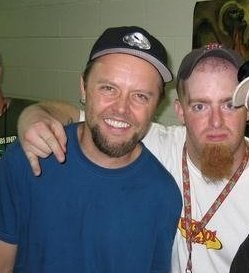