Starset at The Varsity Theater

This weekend The Fiance’ and I went on a trip north to the cities. It was one of my buddies birthdays and Starset was in town, a dangerous combination that inevitably lead to too many large beers and “Too Sweet Me’s”. I have never been to the Varsity Theater and I was excited to see what it was all about. This first pic was our view of the stage. Walking in the door I knew this place freaking rocked.

There were 3 opening bands, of which I only saw 2 of. I also bought a shirt for the one band I missed because it was cool looking and they wouldn’t sell me a Palisades one. The opener we did see was called Hyde and they were decent. The singer looked like Corey Taylor in his latest mask for Slipknot. He sounded nothing like him which was very confusing.

Palisades continues to be a band that is so close to being good. It didn’t help that their singer was out due to throat issues and the bassist had to fill in. They are right there for being awesome but just can’t get over that step for them to be good. Though some old dude was there losing his shit over every song which frankly was a look into the future for me and made the show that much better.

Starset then took the stage complete with their “Sand People” get up. The show was amazing, playing around eight songs off the new album. usually when bands do that it sucks, this did not suck. In fact that show might be my favorite Starset show I’ve ever seen. Every song had it’s own video. Every person in the audience was into every song. And it all felt important. They then took a 5 minute break, complete with countdown clock, and came back with their old space suit gimmick. They ended the show with all the hits, minus Halo, and it was beautiful.

If you’ve never seen Starset, or if you’ve seen them but it was outside during the day at Rockfest you NEED to go to a headline show. If I rated shows on a scale of 1 to 10 this was a 100. Absolutely wonderful time. 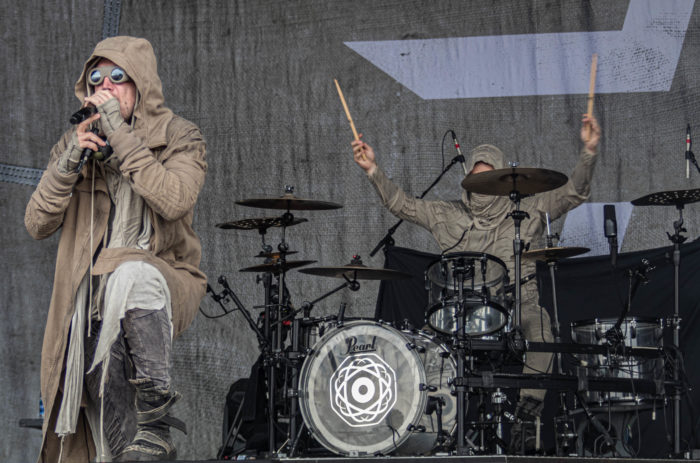