Things to look forward to in September

Flip the page in the ol’ calendar & say “hello” to Autumn! Summer is finally over & we can charge directly into fall with really nice weather, all the Festbiers, and plenty of great riding weather!

There’s plenty happening in the month of September, and here’s a list of things to look forward to:

Obviously, the big one here is the start of the NFL season next Thursday night. Packers play on Sunday in Minnesota, and if you’d like to see a game at Lambeau this season, don’t miss out on our bus trips!

The US Open continues in NY until September 11th. Will Serena win it all before she “retires”???

UFC 279 is on Saturday, September 10th in Vegas will feature a welterweight bout between Khamzat Chimaev and Nate Diaz.

This Saturday, it’s “National Theater Day“, featuring $3 tickets at theaters around the nation, including the Marcus Cinema on Ward Ave.

On September 16th, they are apparently rebooting the “Fletch” series, with Jon Hamm filling in for Chevy Chase as Fletch. It’s called, “Confess, Fletch“, and it’ll be in select theaters and on Paramount+.

I know a LOT of people who’ve waited a LONG time for this one….”Hocus Pocus 2” lands on Disney+ on the 30th.

Also on the 30th, an interesting movie based on a crazy, true story – “The Greatest Beer Run EVER” is in select theaters & AppleTV+

As the fall season begins, there’s a TON of season premieres in the next month, and you can click here if you’d like to see a larger list, but here’s a few highlights for the month:

Right away, we’ve got the highly-anticipated debut of the new LOTR series on Amazon Prime, “The Lord of the Rings: The Rings of Power” TOMORROW, with a new episode every Friday!

One week from tomorrow, Season 5 of “Cobra Kai” premieres on Netflix

On the 14th, Season 5 of “The Handmaid’s Tale” debuts on Hulu

There’s no shortage of “holidays” to celebrate in any given month, and September is no different. Obviously, the two big ones are this coming Monday, Labor Day, and then the first official day of Fall on the 22nd. But here’s a list of some of the other holidays you can enjoy this month: 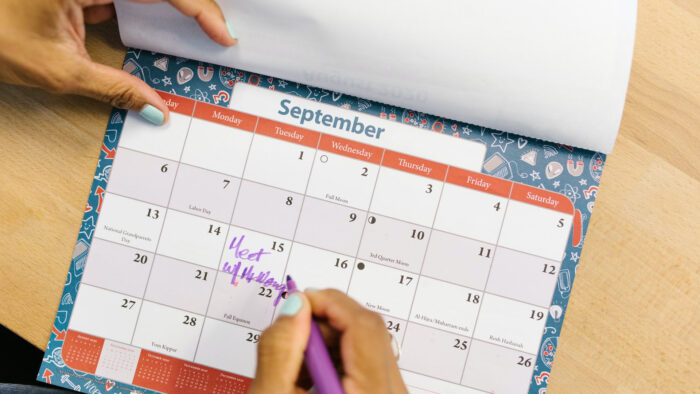