This is a difficult one to pull together, as just about any Linkin Park song at random could be put on this list. But alas, I’m gonna give it a shot anyway.
Everybody’s top 10 for this band would look very different, but I believe these 10 songs would be on most people’s list. So here’s my take.

Picking the number 1 spot was the most difficult part of this. One Stop Closer was a strong contender for the top spot, as that was their first hit single and the song that introduced us to them in the first place. But I ultimately gave it to In the End, as that song received a lot of attention and play on that fateful day of July 20th 2017. 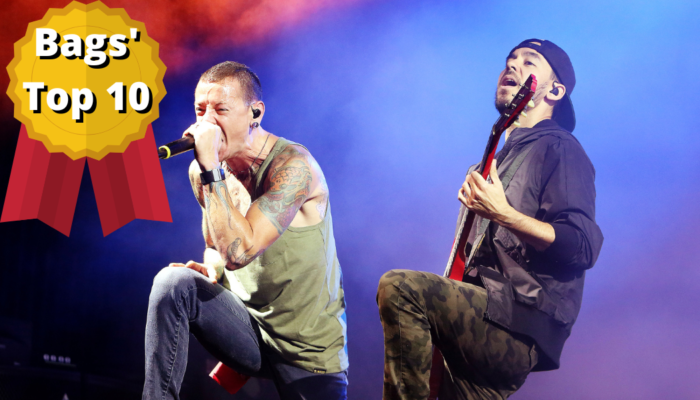