Tobe Hooper’s groundbreaking classic is getting the video game treatment. As a fan of both horror movies and video games, this combination has me with tent pants.
Unfortunately, not much is known about this game. But here’s what we’ve got right now.

First off, it appears it’ll be released on all major systems, including PC, and both current and new Playstation and XBox systems.
It does not have a release date as of yet, but so far, early indications say 2023. So we’ll have a bit to go before this game gets to us.
The timeline of the TCM movies is screwy, to say the least. But it appears this one will go along with the timeline of the original 1974 movie. Good thing too, because that’s clearly the best.

Lastly, it’s being reported to be an “asymmetrical online versus multiplayer game”. I get it. That’s a lot for non-gamers to take in. So here’s what that means.
Essentially, one of you will play the role of Leatherface (or how it sounds, a selection of famous Sawyer family members), and the rest of the players will play as the disposable teens attempting to escape their clutches. To see more of this game concept, you can check out Friday the 13th The Game.

Here’s the trailer from IGN to wet your taste buds. 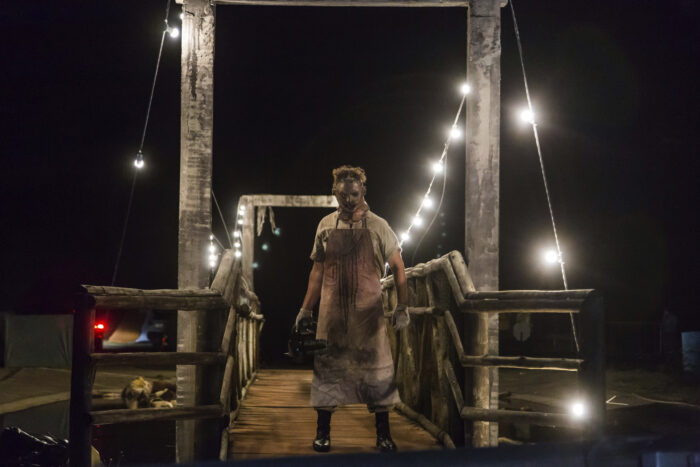