The Time To Trade Love is Now

So the future of Green Bay and Aaron Rodgers cleared up a while ago. It’s nice that we’ve both been able to move forward in a positive direction, but now it’s time to think about the future moving forward.
From my perspective, that future does not involve Jordan Love.

Don’t get me wrong, I’ve got nothing against the kid. And believe it or not, I was one of the few people who defended drafting him in the first place. At the time, we had (and still have) an aging quarterback playing the back 9 of his career. Rodgers’ future seemed questionable. Sure, he said he wanted to retire a Packer. But when, exactly? Like it or not, the Packers needed to think of our future beyond Rodgers.

But now the future with Rodgers is clear. Not as crystal clear as I’d like it to be, but clear none the less. Jordan Love is just not needed, and it wouldn’t be fair to him to just keep him hanging on until Rodgers contract comes up yet again. It’s best for all parties involved that we trade him.
His value isn’t going to get higher from here, and we could really use a bargaining chip to pick up some defenders and wide receivers. I count about 5 or 6 possible teams that are looking for a QB and may be interested in giving Love a chance.

I vote we let it happen. 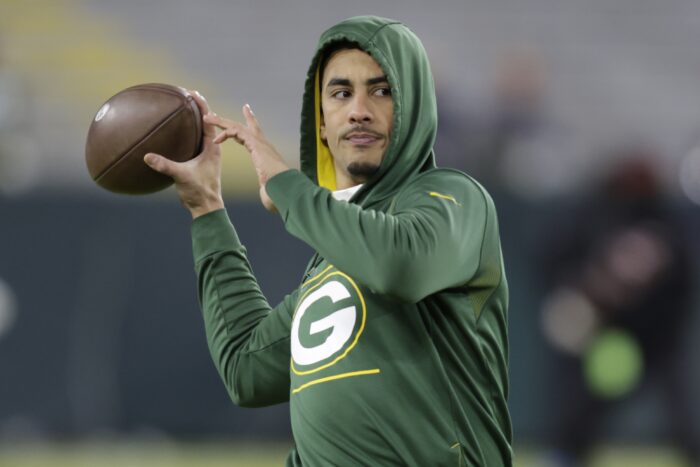