The 3 Best Legend of Zelda Games

With the new Breath of the Wild sequel getting delayed, it’s unfortunately going to be a while before we play a new Legend of Zelda. In fact, it’ll be about a year from now, as they’re shooting for a Spring 2023 release.
So while we wait for the new game, let’s take a look back at the oldies and goodies.
Here are my 3 best Legend of Zelda Games, in no particular order.

Breath of the Wild

Since Breath of the Wild 2 getting delayed is the reason we’re even talking about this now, I have to mention the original. This game took FOREVER to come out. But when it did, it changed the game for the Zelda series forever. This game is an absolute masterpiece with virtually zero flaws. Here’s to hoping it’s sequel lives up to it’s example.

The graphics look pretty dated these days, but upon release, this was the single most visually stunning of the series. It’s also arguably the most important in terms of the story, as this game becomes the moment the series splits into 3 different timelines. If it’s been a while since you’ve played this gem, you should pick it up and give it another go.

A Link to the Past

I started this list saying that I was listing them “in no particular order”. But I lied. This one is hands down my favorite. I can’t tell you how many times I’ve played through it. It’s also, in my opinion, the most important game in the franchise. The “OG” Legend of Zelda started the franchise on the NES. Then The Adventure of Link came out, and almost killed the series right there. It was really that bad.
But then A Link To The Past came out for SNES, and revived the series in a big way. Had this game flopped, the series would have probably died right there. But this game’s success breathed the franchise back to life, and gave us all of the other games we know and love.
It’s not only the best of the Legend of Zelda series, it’s one of the best video games of all time. 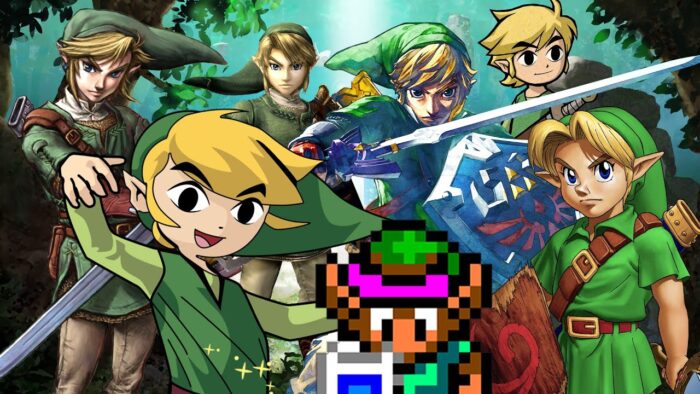