My Thoughts on Rodgers’ Return

We woke up this morning to the news that Aaron Rodgers signed a 4 year contract with Green Bay, and will thus likely end his career as a Packer. Everyone has a different opinion on this. Some are happy, some are mad. I happen to be somewhat in the middle. I can honestly say I am happy for one thing, however.

We got an answer.

Really. That’s it.
As a lifetime Packer fan whose dealt with this situation once too many times, I’m just glad it’s an answer. I’m glad Rodgers is back, but I would have been equally glad had I’d woken up this morning to news that he had been traded/left the team. Why? Because truly the waiting was the hardest part.

There was another fella who used to do this to us….

I loved Favre. I still love Aaron Rodgers. But we’ve dealt with the uncertainty of whether or not our starting QB would be still in green and gold by next season, and it’s something we’ve dealt with too much. I’m thankful for all of the great football they’ve shown me over the years. But the waiting that they’ve collectively put on me is just too taxing to bare through again.

There were plenty of good reasons to keep Rodgers. He’s one of the best in the game in this era, and any other. He’s an instant advantage in any game, and has saved our asses in more games than I can remember.
There were also plenty of good reasons to let him walk. Chief amongst them is his price tag. He’s now the highest paid NFL QB in history. Great for him personally, but doesn’t give us a ton of wiggle room when it comes to putting a team around him.

But whatever happens next, at least we have an answer. And for that, I’m thankful. 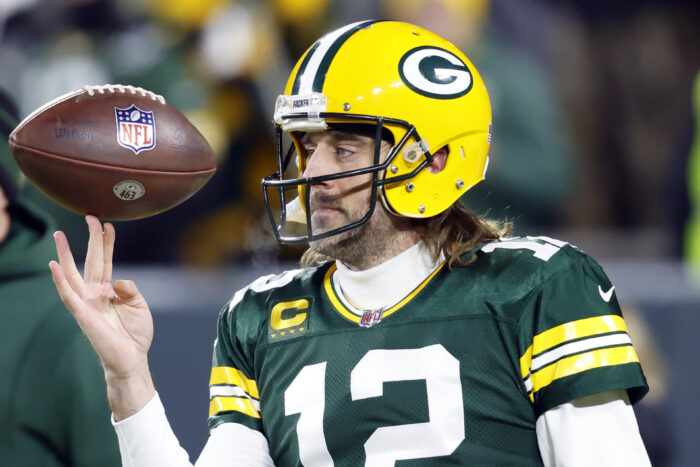