The Cello. Yup. I played the cello for a long time when I was young. And I always wanted to do what Apocalyptica did. Make it rock.

Mozart, Beethoven, Brahms, and their ilk were the rock stars of their eras, and since I was stuck playing the cello (instead of drums or guitar like I really wanted) I though it would be awesome to start a band and play rock songs instead of concertos.

Apocalyptica achieved it. This one is a ballad, but today… It’s What Stuck in my head:

This entire album smokes. It should be in your collection.

I spent many “practices” trying to play rock songs on the cello, imitating guitar parts and trying to figure out solos. At the time, it never really occurred to me that I should have been playing bass parts instead, but the only person to get in a legitimate bass solo was named Burton.

Kinda ironic that Apocalyptica got their jumpstart to fame by making an album of Metallica covers on Four Cellos. And more recently with their collaborations with Adam Gontier, Brent Smith, Lzzy Hale, and Corey Taylor.

They were able to do what I had always dreamed of doing when I was 11… made the cello ROCK! They did this by doing something I didn’t do… actually practiced. And really learned HOW to play the cello. 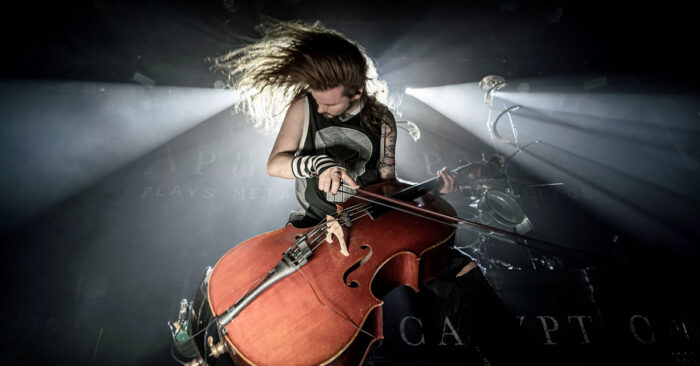