The Winner of the Royal Rumble Will Face This Champion…

In just over a week, my favorite WWE event of the year will be taking place. The Royal Rumble.
It’s always been my favorite gimmick match. Thirty men go in. One comes out, with a guaranteed shot at the title at Wrestlemania.

Next week, I’ll be making my predictions as to who will win the men’s and women’s Royal Rumble matches. But for now, I’m going to call my shot at which champion the winner of the Men’s Royal Rumble will face.

Smart money is on the Head of the Table, Roman Reigns.
He seems to be the most likely pick for a number of reasons. First and foremost, all eyes are on him in the WWE. He’s the best thing the company has going for it. He has a match with Seth Rollins that night, which I guarantee he wins. This match was basically thrown together to serve as a layover for his next opponent. Rollins isn’t a part of the Smackdown roster, and the two are old rivals. It’s been heavily noted that Roman has never beat Rollins, and this is the event where he can get that monkey off his back.

Roman and Rollins is just a temporary feud. With them being on different brands, it’s not likely to last long. We’ll see more of them in the future, but this is likely just a one off deal.
So Roman will need a new feud to bring him into Wrestlemania, and the winner of the Royal Rumble is a good candidate for said feud.
The WWE’s original plan seemed to have him feuding with Brock Lesnar for an extended period of time. But thanks to being out on Covid protocol from the Day 1 PPV, Lesnar was given a different belt, and a different opponent. That brings me to my next point as to why the Rumble winner will choose Roman.

Brock Lesnar is Busy.
Roman and Brock were likely set to feud through to Wrestlemania, or at least to the Rumble. But those plans have clearly changed. They fed Brock a different champion (sorry Big E), and now they seem to really be pushing his feud with Bobby Lashley. And you know what? It’s actually a good feud. Despite the two being in WWE for long periods of time together, they have never had a match. I can’t believe that they’ll settle for just one.
I have a feeling Brock versus Lashley is going to go on for quite some time. Almost definitely through Wrestlemania, and possibly all the way through SummerSlam.

I very highly doubt the Royal Rumble winner would place himself between the Beast and the Almighty, so that again leaves Roman.
The question now is, who? (Who? Who? Who?) 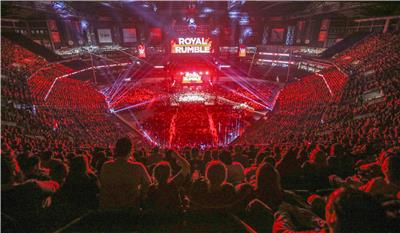